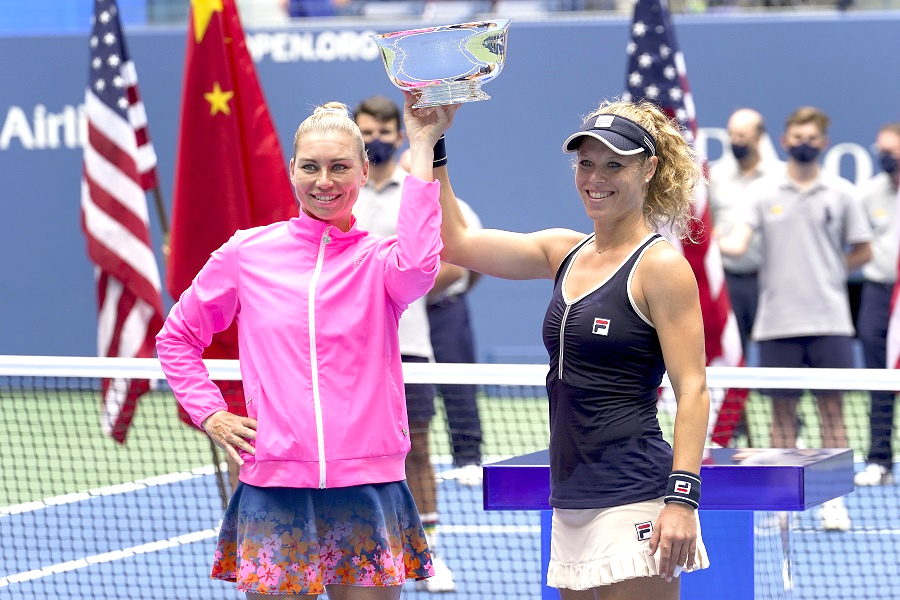 Vera Zvonareva of Russia and Laura Siegemund of Germany hold the championship trophy after their match against Yifan Xu of China and Nicole Melichar of the United States (both not pictured) in the women’s doubles final on Day 11 of the US Open at Flushing Meadows in New York on Friday. AP/PTI

New York, September 12: Vera Zvonareva and Laura Siegemund stood awkwardly facing each other, rackets and arms in the air in confusion. Finally, Siegemund turned to the chair umpire for a ruling.
“Are we allowed to give a hug?” she asked.
The rules of tennis during the coronavirus pandemic were the only thing Zvonareva and Siegemund couldn’t figure out in their first tournament together. The duo won the US Open women’s doubles title Friday, beating the third-seeded team of Xu Yifan and Nicole Melichar 6-4, 6-4.
Zvonareva and Siegemund collected $400,000 — and also their hug — by racing to quick leads in both sets and holding on when their opponents began to play better. Unseeded after deciding to play together shortly before the tournament, Zvonareva and Siegemund found their games worked together and plan to partner again at the upcoming French Open.
“I felt like the third match we really started communicating well, we really started to understand each other,” Zvonareva said. “Yeah, it just got better and better from there on.”
Zvonareva, a Russian who turned 36 this week, added this title to the 2006 US Open trophy she won with Nathalie Dechy. She also was the runner-up in singles at Flushing Meadows in 2010, falling to Kim Clijsters, and rose to a career-high singles ranking of No. 2 the following month.
She also won the 2012 Australian Open doubles title but later battled injuries and began playing less, especially after giving birth to daughter Evelina in 2016. “It wasn’t easy,” Zvonareva said. “I had a lot of injuries in the past and always trying to come back, and it’s a big privilege for me to be here today.”
Zvonareva and Siegemund, who have each won the US Open mixed doubles title, raced to a 5-1 lead in the first set and a 3-1 start in the second. Siegemund, who was sharp early, paid tribute to an aunt who died of cancer while she was in New York. Her parents were late arriving to the match after returning from the funeral.
“I think she had the best seat in the house so I just want to dedicate it to her,” the German said.
Xu and Melichar finished second for the second straight tournament in New York. They were runners-up at the Western & Southern Open that’s usually played in Ohio. (AP) 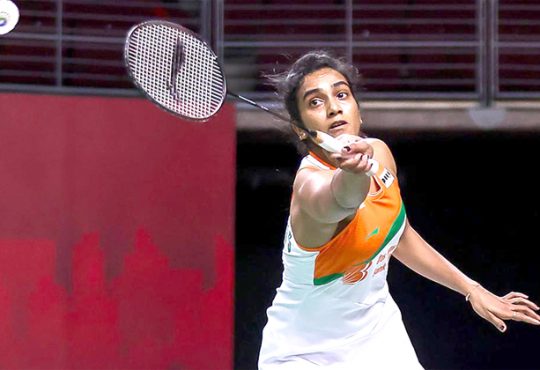