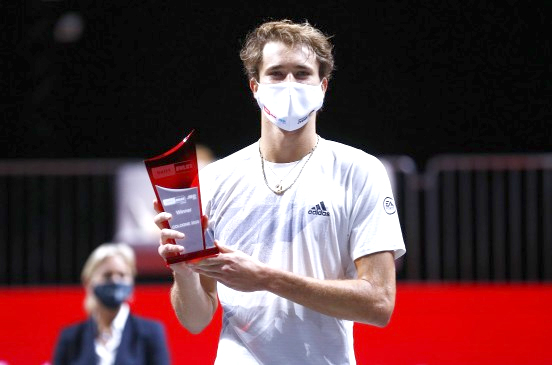 COLOGNE (Germany), October 18: US Open runner-up Alexander Zverevclinched the Cologne ATP title on Sunday beating Felix Auger-Aliassime 6-3, 6-3. The German world number seven claimed his third ATP Tour win on home soil as third seed Auger-Aliassime lost his sixth successive final.
“I had a very tough final in New York and the next final I played here I wanted to come out and obviously play my best tennis, finish the match,” 23-year-old Zverev said.
“Felix, you’re an unbelievable player. I know it doesn’t mean much right now, but I’m sure you are not only going to win one title, you’re going to win multiple, multiple titles in your career, bigger titles than this,” he added.
Auger-Aliassime, 20, overcame second seed Roberto Bautista Agut in the semi-final but failed to repeat his performance against Zverev.
His run of losses stretches back to his maiden ATP final in February 2019 at the Rio Open.
“I just played bad from start to finish,” Auger-Aliassime said.
Zverev will also be top seed for next week’s Cologne Championships tournament where he is joined in the draw by French Open semi-finalist Diego Schwartzman and Auger-Aliassime who will be fifth seed. (AFP)