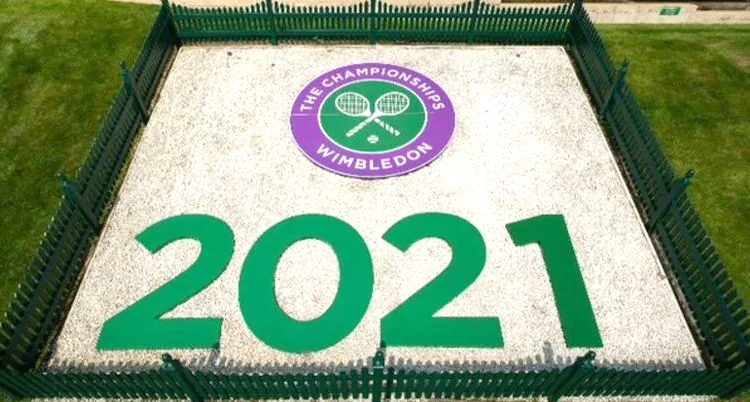 LONDON, July 1: Fourth seed Alexander Zverev moved smoothly into the third round at Wimbledon with a 7-5, 6-2, 6-3 win over American Tennys Sandgren on Thursday.

The clean-hitting German was always in command of an entertaining tussle on Court Two once he broke Sandgren’s serve at 5-5 in the first set.
From then on it was one-way traffic as Zverev reached the third round for the fourth time.
Sandgren entertained the crowd with some good-natured banter and could only chuckle when he made a complete mess of a smash to go down a double break in the second set.
Zverev faced only one breakpoint in the match and has yet to drop a set. He will face another American in the next round — either 31st seed Taylor Fritz or Steve Johnson.
Ash Barty
World number one Ash Barty moved into the third round at Wimbledon but not without a battle as she overcame spirited Russian Anna Blinkova and her own inconsistency in a 6-4, 6-3 win on Thursday.
The top seed never looked in danger against the 89th-ranked Blinkova, but it was still not plain sailing for the Australian scrapper.
Her serve, so often a dependable weapon, was at times wayward, as she hit nine double faults and was broken three times, while her 33 unforced errors suggests she has some way to go to get fully sharp on the grass.
Barty, whose sole Grand Slam title came at the 2019 French Open, has never gone beyond the last 16 at Wimbledon.
She ultimately had too much firepower for Blinkova, however, and wrapped up victory after an hour and 30 minutes when her opponent swiped a forehand long.
Daniil Medvedev
Second seed Daniil Medvedev subdued some early fight from Spain’s Carlos Alcaraz before brutally dispatching the talented teenager 6-4, 6-1, 6-2 to reach the third round at Wimbledon on Thursday.
The 18-year-old Alcaraz, who has enjoyed a rapid rise up the rankings this year to 75th place, received a hearty send-off from the Court One crowd after showcasing his potential and flashes of his shot-making talent.
Yet Medvedev had too much for the youngster and turned on the afterburners in the second and third sets to hand out a punishing lesson to his opponent.
“Carlos is an amazing player,” said Medvedev, who will next face either former finalist Marin Cilic of Croatia or French qualifier Benjamin Bonzi.
“I am sure he will soon be top 10 or higher.”
Coco Gauf
American teenager Coco Gauff marched into the third round of Wimbledon with a convincing 6-4, 6-3 victory over Russian Elena Vesnina on Centre Court on Thursday.
Vesnina, a former doubles number one, at 34 is twice Gauff’s age and one of many mothers at Wimbledon. She returned to the Tour from maternity leave after nearly three years in April with a protected ranking.
Gauff, who stormed into the fourth round in 2019 on her main draw debut as a 15-year-old, took a tumble at 2-2 in the opening set but immediately got back to her feet, giving the chair umpire a thumbs-up to indicate she was fine to continue.
The turning point in the opener came at 3-3 when the American broke Vesnina, who made two backhand errors and served a double fault to give Gauff the lead. The 20th seed then served out the set, sealing it when Vesnina found the net.
Gauff carried that momentum into the second set with a double break to take a 3-0 lead, continuing to target Vesnina’s backhand as the Russian made a slew of errors.
Vesnina then called for a medical timeout to get treatment on her back and returned re-energised as she broke Gauff for the first time in the match and rallied to make it 3-2.

A stroke of luck at 4-3 allowed Gauff to take the lead when a lob fell onto the net tape and dribbled over, much to Vesnina’s frustration. The American then broke again in the final game when her opponent served her fourth double fault. (Reuters)