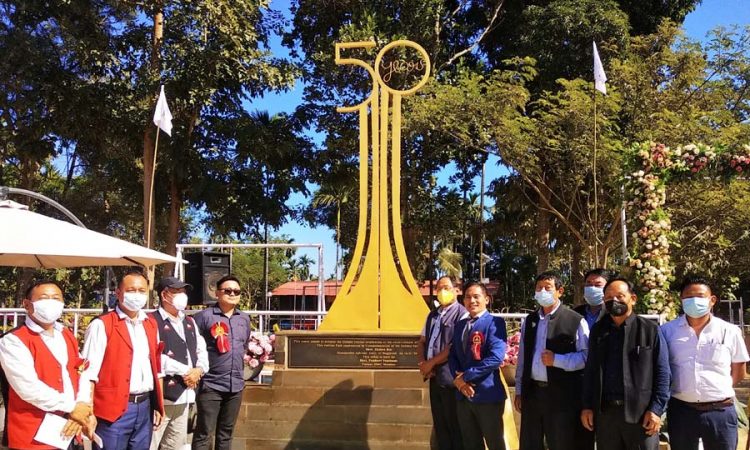 Extending his greetings to the people, Zhaleo extolled the fascinating preparations and called upon all to thank God as “jubilee is a time of thanksgiving”. Adding that the monolith and the park will be testimony of the Jubilee, Rio expressed optimism that the legacy of benevolence will continue to favour the village.
Rio further reflected that Jubilee is a time to forgive and to restore or reconcile beginning with oneself and urged everyone to introspect with the ongoing celebrations.
Stating that the village has achieved the landmark jubilee for all its remarkable deeds, he appealed that they uphold the tradition of being good Samaritans even in the coming days and continue to receive blessings as seen from their horticultural crops around the village.
He also urged them to plant more cash/ fruit crops which will be able to sustain the villagers economically. On the health front, he advised everyone to follow all necessary protocols strictly so that the pandemic is contained right from the local level.
The inaugural ceremony was chaired by Anita Pukhavi Yepthomi while Kanili Zhimomi pronounced the invocation and Khekiye Hekiye delivered the welcome address.
Other highlights included a folk song by menfolk, presentations led by Pukhavi Yepthomi, former candidate Dimapur-1 A/C, and a special song by Elvina Kavito.
Toka Kavito, Head GB, who delivered vote of thanks also expressed appreciation to the local MLA Zhaleo Rio for repairing the village road and also the village gate while requesting him to further adopt the village for all-round development, especially in horti sector. Inakali Awomi, Associate Pastor, Children, pronounced the benediction which was followed by jubilee feast. (Page News Service)