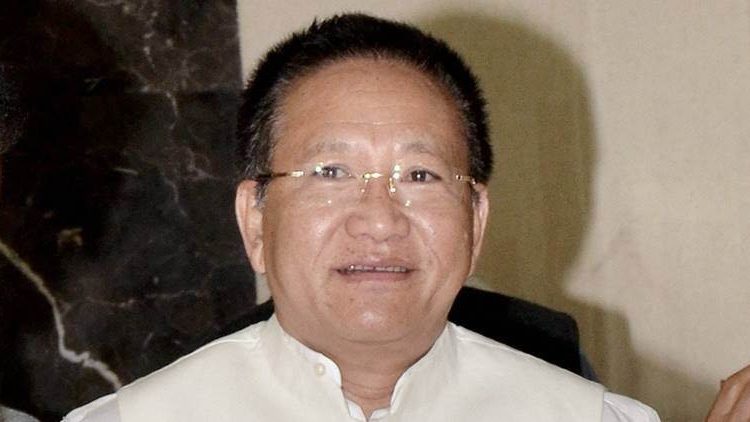 Kohima, July 15: Taking exception to the ongoing snail pace of construction of the much hyped four-lane between Kohima and Dimapur, the Naga People’s Front (NPF) has demanded explanation from the firms who are executing the work.
In a letter to General Manager, NHIDCL B.O Dimapur, Arun Kumar Gupta, the Leader of the Opposition, T R Zeliang asked the former to furnish in details about sub-let the contract to second and third parties and their names for transparency as discussed when he was the Chief Minister.
The letter has come against the backdrop of deteriorating road condition between Kohima and Dimapur and non-maintenance by the firms who are supposed to look after the two-lane road in the process of executing the work for four-lane road.
The NPF also could smell a rat due to the snail pace of execution of work. Also one of the firms is already blacklisted by the State Government and Naga organisations, including the Nagaland Contractors and Suppliers Union (NCSU). The NCSU’s mouth has been shut now after subletting the work to them by the firms. The union was against awarding contract work to M/s Gayatri Projects Ltd.
“During the course of our interaction in a series of meetings held at the Chief Minister’s Office and New Secretariat, Kohima, I was satisfied with your explanation on the agreement entered between NHIDCL and the appointed firms, namely M/s ECI Engineering and Construction Co Ltd and M/s Gayatri Projects Ltd, both from Hyderabad, in regard to construction of 4-lane  Dimapur-Kohima highway,” Zeliang stated in his letter.
The Leader of Opposition said as per the explanation of Gupta that he was given to understand that maintenance of existing road was covered under the contract agreement while new construction was under execution. “However it is surprising to see the condition of the existing road has been badly affected due to ongoing construction works,” he added.
Zeliang said normally journey from Dimapur to Kohima takes around two hours but now due to the prevailing road condition it consumes 3-5 hours causing immense hardship and problems to commuters.
“Despite having sanctioned provision and as such I wish to know from you whether the two firms are complying to the contract agreement,” he said. (Page News Service)