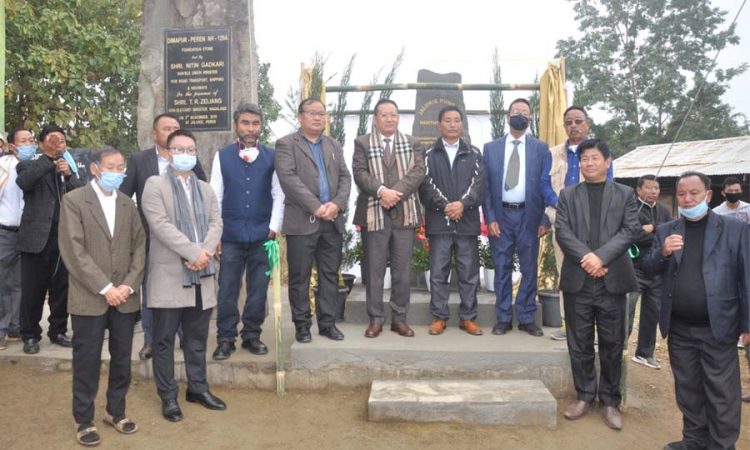 DIMAPUR, JANUARY 21: Leader of Opposition TR Zeliang on Thursday inaugurated Jalukie Pungchi at the residence of the chairman of Jalukie Pungchi.
The village was established on October 22, 2012 and recognised by the Government of Nagaland on October 12, 2017.
In his speech, Zeliang stated that Jalukie Pungchi was among the largest in terms of area and has the potential to become like an urban settlement very soon.
According to him, the Jalukie Valley is blessed with the best and most fertile land in the state and is regarded as the Rice Bowl of Nagland. Therefore, he appealed to the people to take up sustainable farming and plantation.
Stating that the village is located in the foothills of Peren district, he encouraged the village authority to make a master-plan in order to turn it into a model village with well-planned roads, drainage etc.
He encouraged the Jalukie Valley people to work hard and smart “so that the valley can be the next Punjab of Nagaland which can hold the economy of the State”.
Zeliang also urged the land owners not to sell their lands for short-term relief but protect and preserve it for generations to come.
Earlier, he had unveiled a monolith at Peren district welcome gate. (Page News Service)