Dimapur, August 29: The 89th martyrdom anniversary observance of Haipou Jadonang, organized by Zeliangrong Civil Organizations (ZCOs), was held today at ZSUM, Imphal.
Haipou Jadonang, a pioneer and freedom fighter and the founder of the “Naga Raj” was hanged on August 29, 1931 by the British Government for launching strong resistant movement against the administration. His supreme sacrifice made for the cause of people’s freedom and emancipation from the bondage of British rule is highly honoured and respected by every reasoning people irrespective of caste and creed. His supreme sacrifice is becoming more and more significant with the passing of time which is evident by the widespread observance of his martyrdom anniversary in every parts of the country every year, said the ZCOs in a press release.
Athuan Abonmai, president, Zeliangrong Baudi (Assam, Manipur & Nagaland) on behalf of the Zeliangrong Civil Organizations (ZCOs) and representing the Zeliangrong people living in Manipur, Assam and Nagaland said the supreme sacrifice of Haipou Jadonang for the cause of the people should not be misused to suit the vested interest of particular group or sections of people. He advised the NSCN (IM) group to stop undermining the supreme sacrifice of Jadonang and to stop misusing his name just to identify the place of few cadres stationed camp as “Jadonang Battalion” or “Jadonang Brigade”.
The Zeliangrong people cannot tolerate the misuse of “Jadonang” hence the NSCN (IM) should immediately stop using it, the release said.
It said with the determination of Government of India to conclude the Indo-Naga political issue without any further delay, the GoI should make a special political arrangement for Zeliangrong people living in the State of Assam, Manipur & Nagaland in recognition to the supreme sacrifice of Haipou Jadonang for the cause of the people and the great contribution of Ranima Gaidinliu, the veteran freedom fighter of India towards the cause of India’s freedom movement. “The Govt. of India has so far miserably failed to address the grievance of the Zeliangrong people even though it had already celebrated its 74th Independence Day,” it said.
On the observance of the 89th martyrdom anniversary, the Zeliangrong Civil Organizations (ZCOs) reminded the Manipur State Government to translate into action the assurance given during the 87th martyrdom anniversary observance held at Leishangkhong village, Manipur by the Chief Minister, Manipur that the Government will decide the matter of granting of State holiday on the Haipou Jadonang Martyr Day.
RYCD 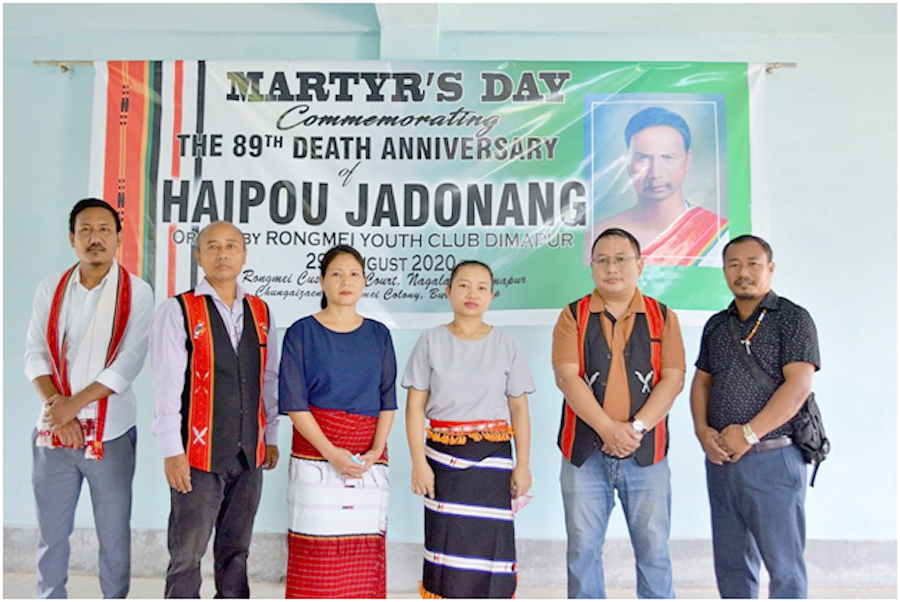