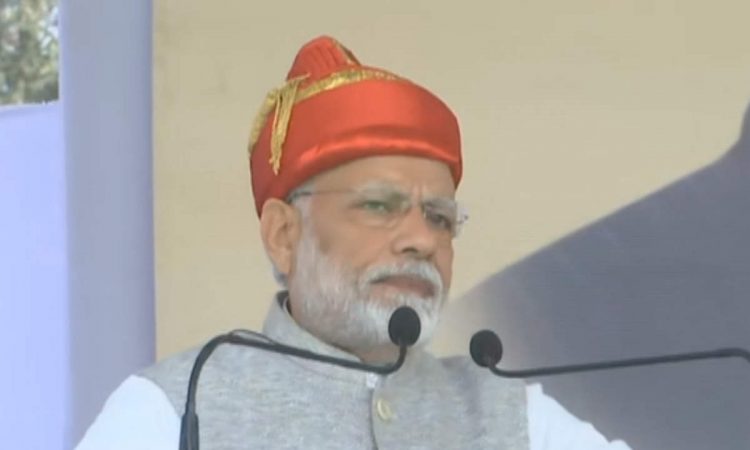 NEW DELHI, JANUARY 9: Speaking on two important bills – Quota and Citizenship – passed by the Lok Sabha on Tuesday, Prime Minister Narendra Modi assured that rights of all sections are secure and these bills will have no impact on them.
“I want to assure the people of Assam and Northeast that their rights will not be hurt after passage of the Citizenship Bill,” Modi said at a function in Maharashtra’s Solapur.
The Lok Sabha on Tuesday passed the bill that seeks to provide Indian citizenship to non-Muslims from Bangladesh, Pakistan and Afghanistan, triggering protests in Assam and other Northeast states.
Protests had erupted across Assam on Monday evening as the NDA Government cleared changes to the Citizenship Act. The protesters burned copies of the legislation in angry marches and announced a shutdown in the region on Tuesday.
The All Assam Students Union, the influential student body which was at the forefront of the Assam agitation against foreigners, is leading the protest against the proposed amendment which, according to them, violates the Assam Accord which promised to detect and deport foreigners irrespective of their religious background.
The Opposition Congress says the Bill would create ethnic divisions not just in Assam but the entire Northeast and could lead to a resurgence of extremist groups.
On Quota bill, the Prime Minister said the smooth passage of the Bill which provides 10% quota for the general category poor in jobs and education in the Lok Sabha is a “strong answer” by the Parliament to those “spreading lies”.
As the Rajya Sabha witnessed uproar over the bill, the Prime Minister Rajya Sabha said the rights of the deprived sections, including the Dalits and the tribal people, will not be affected because of this bill.
He termed the passage of the Bill in the Lok Sabha as a “historic” step which seeks to uplift the deprived sections and also illustrates the commitment of the Government to prioritising the good of those needing it the most.
Projects inaugurated
Speaking after inaugurating a highway project built at an investment of over Rs 970 crore, Modi said Solapur will soon be covered under the Udaan scheme which seeks to link far off places with air connectivity.
He also laid the foundation stone of over Rs 1,800 crore project of 30,000 houses under Pradhan Mantri Awas Yojana here.(Courtesy: HT)