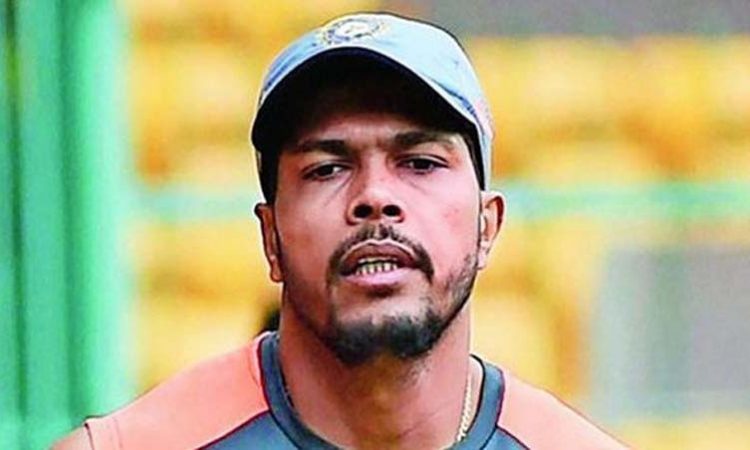 New Delhi, June 11: He has been Virat Kohli’s go to bowler on unresponsive Indian tracks and seasoned pacer Umesh Yadav credits his “enormous mental strength” for keeping him in the game despite a stop-start international career for the past 10 years.
The 32-year-old Vidarbha speedster with more than 250 international wickets (259) across formats, doesn’t feel the need to respond to perceptions of being a Test specialist as the time spent away from the 22-yard pitch is more about honing skills and remaining battle-ready.
“To be honest, I am really strong mentally and that makes a lot of difference,” Yadav told PTI during an exclusive interview.
“I don’t pay much heed to stuff like who is going to get a chance or whether I have to sit in the reserves. This is a game where anything is possible,” said Yadav, who often loses out to Ishant Sharma, Mohammed Shami and Jasprit Bumrah in away Tests, where conditions are more conducive for fast bowling.
“A lot of factors go into it — form, conditions. It’s just about delivering and grabbing the given opportunities. So, I don’t think so much about other things,” said the bowler, who has 144 wickets from 46 Tests along with 106 wickets from 75 ODIs.
He hasn’t played a lot of ODI cricket since October, 2018, partly because of his six plus economy rate.
With less game time in international cricket, does he feel like a victim? “No,” says the genial fast bowler.
“I don’t look at myself being a victim. There are times when I have played and times when I have not played.
“During the times I am not playing, I just look forward towards working on my game. (I am) getting better at my skills and hopefully will be a part of white ball cricket,” he sounded hopeful.
So when he feels the need to have a chat, who is the person he falls back on in tough times?
“There is no one man I seek advice from. In fact, knowledge is available everywhere. You just need to be ready to grasp it. At home, it’s my coach Subroto sir (former India seamer Subroto Banerjee) who is my sounding board.
“Also there is Ashish bhai (Nehra) and Zak paa (Zaheer Khan) who have also helped me a lot. Sometimes, I also chat with our bowling coach Bharath Arun sir,” he said.
Umesh, who has been in Delhi since the COVID-19 lockdown started, is staying at his in-laws place with wife Tanya, who hails from the national capital.
“There is a ground, which is around 350 metres from where I am staying. I am going for my daily runs over there during past few days.”
While India’s Test campaign starts in December and he probably will not feature in white ball games immediately, the speedster is ready to play any tournament – be it district or club matches in Nagpur in order to remain fit.
He wanted to play in England but knows that it’s “out of question” this year.
“In India, whenever the season starts , whatever opportunities that come by, be it club matches, district games, I would just love to dive into a game. Match practice is a must and I am eager to be back on field,” he said.
Not everything about the lockdown has been frustrating, said Umesh, who has used the downtime to get physically stronger for the rigours of five-day cricket as India will be playing nine matches between December and February.
“All I can say is that the lockdown helped me improve myself. The lockdown also gave our bodies time to recover. I used the time to just work on my body, primarily strength training.”
He will be 33 in October this year and knows that due to unforseen circumstances, he has lost half a season of sport.
“I need to be positive and confident about when I am playing. The game is yet to start and don’t know when would it happen , I just want to practice and have a positive frame of mind .
“Irrespective of the age factor, we all have lost 6-8 months of cricket,” he concluded. (PTI)