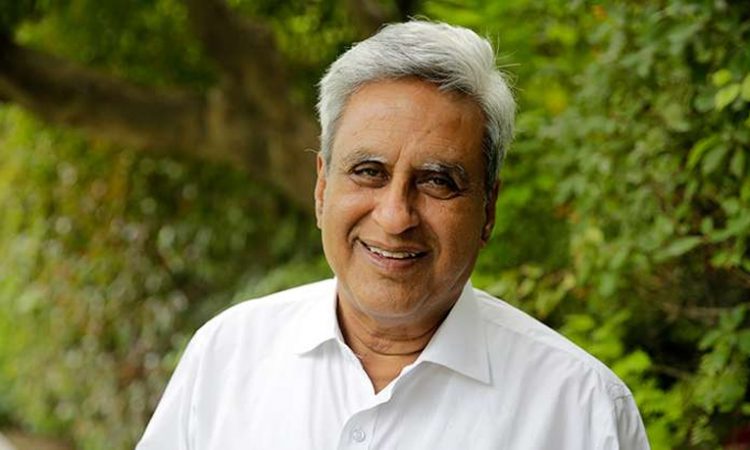 Nirendra Dev
NEW DELHI, OCTOBER 17: Former Mizoram Governor Swaraj Kaushal, who was the first peace Interlocutor of the Naga talks in 1998, on Saturday urged Naga rebel leader Thuingaleng Muivah to be ‘realistic’ and said the latter should not press for demands such as Flag and a separate Naga Constitution.
“Brother, you have maturity and understanding. Please be realistic and not press for such demands. Please live and prosper in a democracy. Everything in this country (India) belongs to the people”, Kaushal wrote in a series of tweets.
“The symbols of sovereignty namely, separate constitution, flag, currency, defence and foreign affairs are sacrosanct and never negotiable”, he says and also pointed out that such media interviews at the fag-end of over the 2-decades-old peace parleys would serve little purpose.
“I have seen my brother T Muivah’s interview to a digital media. Was this interview necessary? I think ‘No'”
“Will this interview help you or your organisation? I think ‘No'”, said Kaushal emphatically in response to NSCN (IM) general secretary’s latest interview to a website in which he insists on the twin demands of a separate Flag and Constitution for Nagas.
The Naga rebel group NSCN (IM) is in parleys with the Government of India since 1997 and the parleys have progressed under all Governments headed by various Prime Ministers – IK Gujral, Atal Bihari Vajpayee, Manmohan Singh and Narendra Modi.
In reference to Muivah’s outburst against Nagaland Governor and peace Interlocutor RN Ravi, Swaraj Kaushal says, “You are angry with Governor Ravi. You say he has ‘betrayed’ you. You say ‘he has thrown us away’ and “he is acting at the behest of the Union Home Ministry. Please appreciate, Mr. RN Ravi is an Interlocutor appointed by the Union Home Ministry.
He cannot act on his own. He is bound to act at the behest of the Union Home Ministry. What is wrong with that?”
Kaushal, also husband of late Union Minister Sushma Swaraj, further says, “I ask myself a simple question. Can an Interlocutor go beyond his brief? My answer is ‘No, Never.’ Your answer should also be the same. Then why blame Mr. RN Ravi in the media?”
Questioning the rationale behind media interview at a time when the peace parleys are at the fag-end, former Mizoram Governor said, “Have such interviews ever built a consensus? I think No. Then how do such interviews help?”
“Brother, when you get very angry, reason flies out of the window. And that is precisely what happened here”, he opined.
Kaushal urged the NSCN (IM) and Muivah to “rise to the occasion now” and cautions otherwise ~ “the settlement will elude us for many years”.
“Brother, you have the maturity and understanding. Please be realistic and not press for such demands. Please live and prosper in a democracy. Everything in this country belongs to the people. The state and the Government are their trustees”, the former Governor wrote in the micro blogging site.
The issues related to Naga insurgency dates back to the pre-independence era. Nagaland attained statehood in 1963 after signing the 16-Point Agreement.
Originally led by A Zapu Phizo, the Naga National Council split a number of times especially after the 1970s.
The NSCN (Isak Muivah) faction was led by late Isak Chishi Swu and Muivah. Swu, the former chairman of NSCN (IM) breathed his last in 2016.
On August 3, 2005, NSCN (IM) and peace negotiator Ravi had inked a pact which was later described as the Framework Agreement.
NNPG, a conglomeration of 7 Naga groups operating in Nagaland, has expressed its readiness to ink a final accord with the Government of India at the earliest.