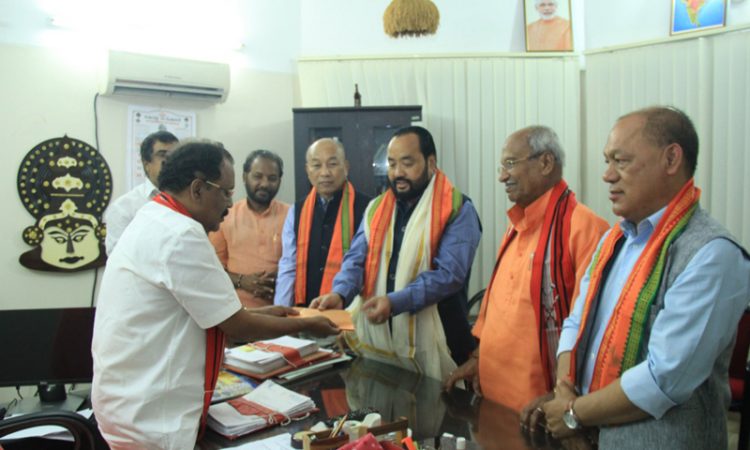 Dimapur, August 22: Deputy Chief Minister of Nagaland, Y Patton today landed at Thiruvananthapuram in the aftermath of the severe floods in parts of the state. On arrival he visited the BJP Kerala Party State Office and gave financial assistance for the flood relief. Patton was accompanied by Nagaland BJP legislators, V Kashiho Sangtam, Minister for Soil & Water conservation, Woman & child development and Dr Longriniken, Advisor for Law & Justice, Border Affairs and Treasuries & Accounts.
Speaking on the occasion on behalf of the Government of Nagaland and also on behalf of the BJP Nagaland, Patton expressed his deepest condolences towards the families of the precious lives that have been lost in this catastrophe.
The BJP delegation from Nagaland was warmly received by the BJP Kerala and the delegation will be officially meeting their counter parts tomorrow.
(Page News Service)