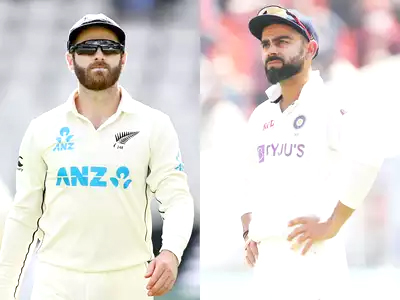 NEW DELHI, June 10: The highly anticipated World Test Championship (WTC) final between India and New Zealand is around the corner now and former England left-arm medium-pacer Ryan Sidebottom feels the mega clash will be a closely-fought battle between the number one (India) and number two (NZ) ranked Test teams in the world.

“You have to go with India in terms of the strength and depth that they have in the players. But I think it’s going to be a close game. New Zealand are always very competitive out there. And they know how to punch back,” Sidebottom told Timesofindia.com in an exclusive interview.
India and New Zealand are already in the UK. New Zealand are currently playing a two-match Test series against England. The first match ended in a draw.
With Kane Williamson being ruled out of the second Test with a left elbow problem, Tom Latham has been given the charge to lead the Blackcaps in the second Test.
However, the Kiwi camp is confident Williamson will be fit to lead the team in the WTC final against India, starting June 18, at the Ageas Bowl in Southampton. There will be a reserve 6th day for the WTC final, to protect the match against bad weather.
The Indian team, which reached Southampton on June 3, held their first group training session at a ground adjacent to the Ageas Bowl on Thursday. This comes five days after they were allowed staggered training in small groups in the run up to the WTC final, starting next Friday, June 18.
Sidebottom, who played 22 Tests, 25 ODIs, and 18 T20Is for England between 2001 and 2010, feels an India vs England clash in the WTC final would have also been an exciting contest to watch.
“It’s disappointing not to see England (in the final). It would have been amazing to see India vs England in the Test Championship final. New Zealand will give India a game and I’m looking forward to watching it as well, as it’s the very first time (WTC final). It’s important for Test cricket and for the brand (of) Test cricket. I wish the India team good luck,” the 43-year-old further told TimesofIndia.com.
Sidebottom, who retired from all formats of First Class cricket in 2017, played 3 Tests and 1 T20I vs India. He was part of the English Test team which hosted India in 2007. Playing his career’s first Test against India at Lord’s, Sidebottom dismissed VVS Laxman, Dinesh Karthik, Anil Kumble and RP Singh in the first innings. In the second innings, he got the wickets of Sourav Ganguly and Kumble. He claimed six wickets in the match that ended in a draw. In the second Test at Trent Bridge in Nottingham, Sidebottom sent MS Dhoni back to the hut for a paltry 5. India had won that match by 7 wickets. Overall, the England pacer took 7 wickets in 3 Tests against India.
In the only T20I that Sidebottom played against India (Group match of the 2009 ICC World Twenty20 at Lord’s), he claimed two wickets. He dismissed Suresh Raina and Rohit Sharma in his allotted 4 overs, conceding 31 runs. The 6 foot 4 inch tall Sidebottom was adjudged Man of the Match in England’s three-run win in that game.

On being asked what his best memory of playing against India is, Sidebottom said: “Playing against India in 2007 in the Test series and bowling to the likes of Tendulkar, Dravid, Laxman, Ganguly, and Dhoni, something really special. And, the Trent Bridge Test. I think I bowled 19 overs for 20 runs in a day and bowled beautifully. I sort of made Sachin play and miss quite a bit, but I took one wicket. That’s kind of a special moment I remember.” (ToI)