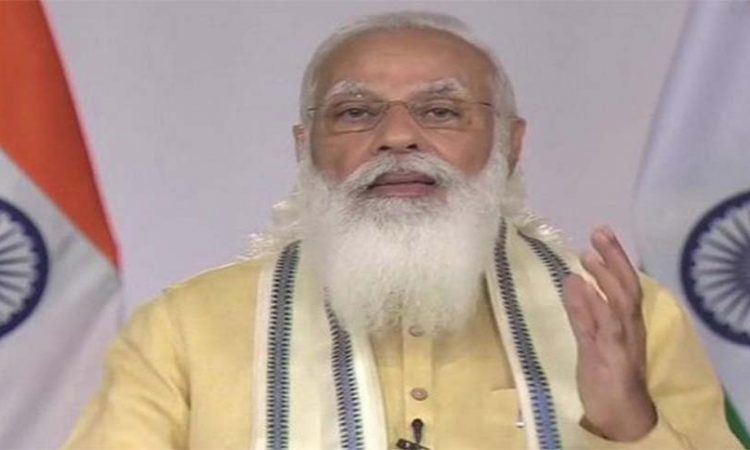 New Delhi, June 21: Prime Minister Narendra Modi said on Monday that the world is realising the “benefits and the uniting potential” of yoga.
Modi made these remarks while thanking the Bhutanese prime minister for his constant passion towards yoga and support for International Yoga Day.

Bhutan’s Prime Minister Lotay Tshering had shared a social media post, saying Yoga Day reinforces the importance of health and replenishes our spirit during such stressful times.
“It reminds me of Shri @narendramodi whose passion pushed him to propose this ancient tradition on international calendar,” he added.
Modi replied, “The world is realising the benefits and the uniting potential of Yoga. i thank @PMBhutan for his constant passion towards Yoga and support for Yoga Day.”
In another tweet, he said yoga is always connecting people and is inspiring them to lead healthy lives, while quoting a post of External Affairs Minister S Jaishankar who had shared glimpses of people observing the day in many countries.
The prime minister added in another tweet, “Indians Missions across the world have marked Yoga Day with great enthusiasm. The Yoga sessions world over drew several people.”
Modi also replied to some tweets in which people shared pictures of practising yoga on Monday with family members and colleagues. (PTI)