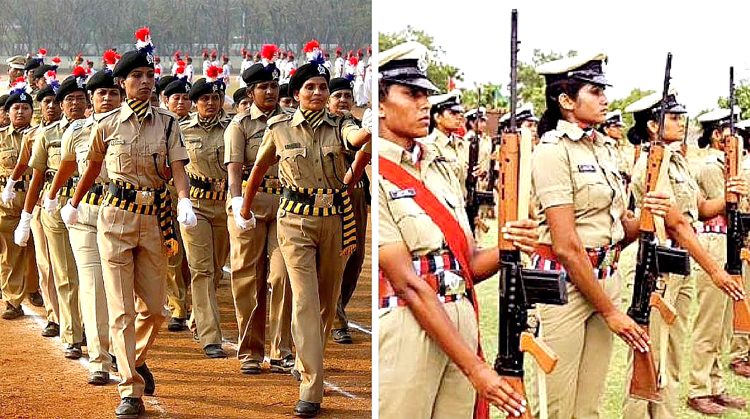 NEW DELHI, DECEMBER 30: The latest “Data on Police Organisations” as on January 1, 2020, released by the Bureau of Police Research & Development (BPR&D), today shows women constitute just 10.30% of the total 20,91,488-strong police force in the country.
The total sanctioned police force for all States and Union Territories, including armed police, is 26,23,225 and there are 5,31,737 vacancies.
The percentage increase of woman police over the previous year is 16.05%. The total number of women police in the country is 2,15,504.
The Central Armed Police Forces (CAPF), which include the BSF, CRPF, CISF, ITBP, Sashastra Seema Bal and others, have just 29,249 women ~ 2.98% of the CAPF strength of 9,82,391. The sanctioned strength for CAPF is 11,09,511.
Admitting the necessity for more women in police because of increasing crime against women, the statistical report said that “Availability of adequate number of women in police is essential for reducing the vulnerability of women against crimes.”
“The existing Woman Police Population Ratio is still very low. Poor representation of women in police is posing serious challenges in dealing with crimes against women and woman criminals. Therefore, it is essential that woman Police personnel are visible at the cutting edge level,” the report said.
At the national level, the actual strength of Woman Police in departments like Traffic Police is 5,979, Special Branch dealing with Intelligence is 3,632, Special Police Units against Insurgency, Extremism, Terrorism, etc. is 516. The Woman Population per Woman Police (WPWP) is 3,026.89.
The actual strength of the civil police is the highest in Uttar Pradesh (2.07 lakh), followed by Maharashtra (1.79 lakh). The actual strength of the District Armed Reserve Police is the highest in Bihar (44,341), followed by Jharkhand (33,966).
On the provision of personal protection, the report said that a total number of 19,467 Protected Persons (Ministers, MPs, MLAs, Judges, Bureaucrats, etc.) were provided with Police protection for more than 6 months, across the country, during 2019.
The number of Police Districts affected by the terrorist/extremist problem, during the last 10 years (2010-2019) shows a mixed trend. A slight decrease was noticed from 2010 to 2014 (188 to 170) and, thereafter, a slight increase from 2015-17 (172 to 188), and then again decreased in 2019 (161).
(Courtesy: TS)