Dimapur, February 9: Wokha Forest Division organized the World Wetlands Day on February 7 at Vivekananda Kendra Vidyalaya, NEEPCO, Doyang. World Wetlands Day is observed annually across the world on February 2, marking the date of the adoption of the Convention on Wetlands on February 2, 1971.
Special guest of the event, Prabir Kumar Ghosh, Deputy General Manager (Civil), DHEP, NEEPCO Limited, in his speech, encouraged all the students to protect and preserve the environment, in action, especially the wetlands.
Zuthunglo Patton, IFS, DFO Wokha explained the different types of wetlands and their importance. She stressed on the importance of 3 Rs – Refuse, Reduce and Replace – on single use plastic in order to protect the wetlands.
Chisayi, IFS, DFO Doyang Plantation Division dwelled on the important role that wetlands play and also encouraged the students to minimize the use of plastic and proper disposal of waste as it pollutes the water bodies.
What marked the occasion was the bottle exchange programme where the students were asked to collect disposed single use plastic (SUP) water bottles from their surroundings which were then handed over to the Forest Department. In return, the students were given proper water bottles that can be used every day, along with calendars.
The SUP bottles were then used as an activity for the students by painting them to make a signboard that read “Reuse Me”. This was followed by quiz and documentary on biodiversity and wildlife conservation.
Gitaranjan Thanjam DGM (Civil Vigilance), NEEPCO and RC Murry, Deputy General Manager (Electrical/Mechanical), NEEPCO also attended the programme, which was chaired by Lansothung Lotha, RFO, Baghty.
(Page News Service) 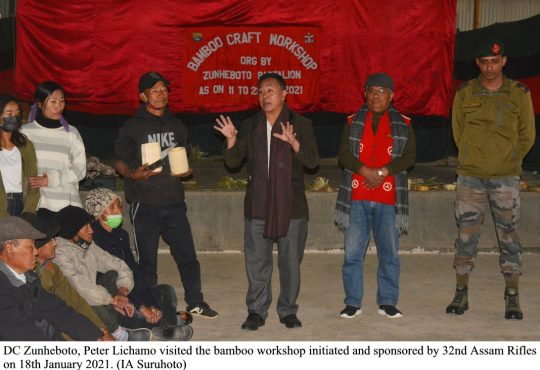 Bamboo crafts could be the next big thing: DC Zunheboto 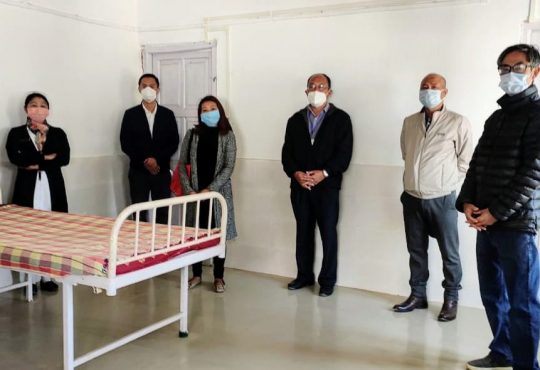