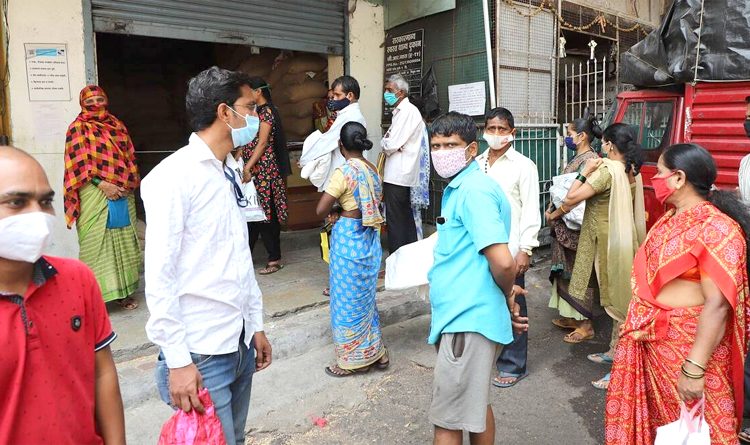 The scheme was launched in August 2019 and 32 states and UTs have already implemented it. (Representational)

NEW DELHI, JULY 10: With the Supreme Court ordering the implementation of the ‘One Nation One Ration Card’ (ONORC) policy across the country by July 31, the Delhi Government has launched an elaborate exercise to meet the deadline.

Apart from Delhi, West Bengal, Assam and Chhattisgarh have not yet implemented the policy, according to a submission made by the Union Government to the Supreme Court last month.
Delhi has, so far, rolled out ONORC in only 1 of the 70 circles that come under the Food and Supplies Department that controls the Public Distribution System (PDS) under which subsidized food grains ~ primarily wheat and rice ~ are given to ration card holders, classified under normal and Antyodaya categories based on levels of income.
According to official records, the Delhi Government’s Food Department has been holding training sessions since July 6 to train owners and managers of the 2005-odd ration shops to operate e-POS machines, which is mandatorily required to roll out ONORC in the city.
According to an order issued by the Department, the ration shop owners have been directed to use the e-POS machines only after receiving training. Following training, each ration shop is expected to carry out 50 trial transactions using e-POS.
“There should be at least 50 e-Pos test transactions at the end of each & every ration shop of every Circle”, the Department has said in a message to all ration shop or fair price shop owners.
However, at the Seemapuri circle, where ONORC was launched on a pilot basis in April, there have been very few transactions under the policy over the last 2 months.
Records show there were 157 and 373 ONORC transactions in May and June, respectively. Ration distribution for the month of July has not started yet.
Using ONORC, migrants with ration cards registered in other States can collect food grains from any fair price shop in the national capital.
The Centre had last month questioned the approach of the Delhi Government in implementing the ONORC policy in the city, saying “at least 10 lakh migrants are being deprived of the benefits of the ration card portability scheme”.
E-POS machines have been supplied to all the 2000 FPS shops in the city to ensure the rollout of ONORC, the Centre wrote in a letter to Delhi Chief Secretary Vijay Dev.
The disbursal of ration through e-POS (electronic point of sales) devices took place across Delhi during a brief period in early 2018. On April 25, the e-POS operations were suspended by the Delhi Government in April 2018 citing irregularities such as misuse of OTPs.
Since then, the Centre has been writing to the Delhi overnment to resume the system.
There are approximately 17.77 lakh ration card holding families in Delhi. They are classified into 3 categories -15.12 lakh priority households (PR), 1.73 lakh priority state households (PRS), and 68,468 Antyodaya Anna Yojana (AAY) families.

The beneficiaries coming under the PR and PRS categories are entitled to 5 kgs of food grains per month while AAY households receive 25 kgs wheat, 10 kgs rice and 1 kg sugar. (Courtesy: IE)