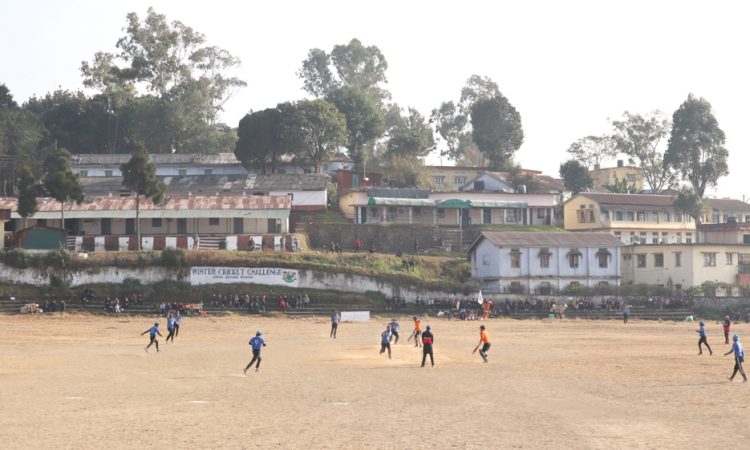 Match in action between Athletic Brothers Club and Imperials

Dimapur, January 9: Sesame Jinx and Imperials won their respective matches in the ongoing 25th edition of Winter Cricket Challenge played at local ground, Wokha on Saturday. Both the teams qualified in the quarter final.
In the first match Sesame won the toss against Street Boys and elected to bat.
Sesame Jinx hit a target of 134 runs in 20 overs while Street Boys failed to chase down the target and loss the match by 65 runs.
T. Penthungo Lotha of Sesame Jinx displayed an amazing batting performance and scored 44 runs in 49 balls.
Shibu Thakuri of Sesame Jinx scored 22 runs in 24 balls and also claimed 3 wickets. He was named the man of the match in the first match.
In the second match of the day Imperials won the toss against Athletic Brothers Club and elected to bat first.
Imperials hit a target of 176 runs at 8.8 RPO in 20 overs.
ABC fail to chase down the target of 176 runs and loss the match by 65 runs in 19.2 overs.
Man of the match award in the second match was claimed by Abemo Kikon (Not Out) who scored 67 runs in 61 balls. The award was handed over by Chopathung Kithan, Engineer Generation, Likimro Hydro project.
Monday Matches
1st Match – EYL vs Forest CC
2nd Match – Mavericks ‘B’ vs WTBC TF.
(Page News Service)