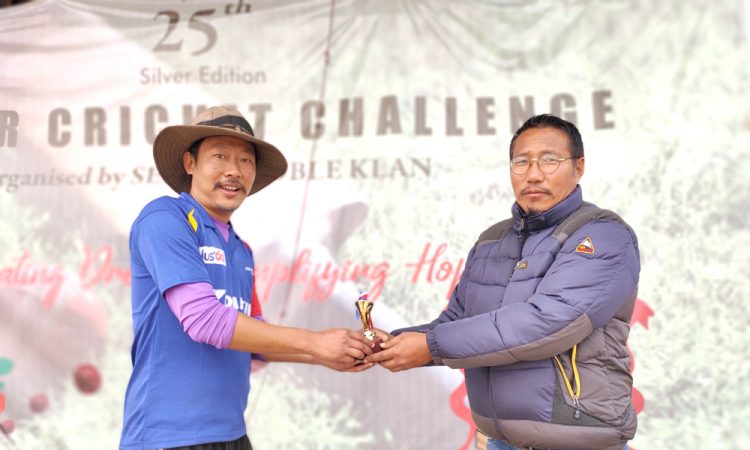 EYL and Mavericks ‘B’ qualify for quarter finals

Dimapur, January 11: Etsujhuka Youth League and Mavericks ‘B’ won their respective matches in the ongoing 25th edition of Winter Cricket Challenge played at local ground, Wokha on Monday and. Both the teams qualified in the quarter final.
In the first match EYL won the toss against Forest CC and elected to bat.
EYL hit a target of 154 runs in 20 overs at 7.7 RPO while Street Boys failed to chase down the target and loss the match by 51 runs.
Tsenpon Murry of EYL displayed an amazing batting performance and scored 39 runs in 20 balls.
Nchumbemo Humtsoe of EYL, scored 53 runs in 46 balls and was named the man of the match in the first match.
In the second match of the day Wokha Town Baptist Church Theological Fellowship won the toss against Mavericks ‘B’ and elected to bat first.
WTBC TF hit a target of 84 runs at 4.2 RPO.
In the second innings of the second match Mavericks ‘B’ chase down the target of 84 runs and won the match by 9 wickets at 9.1 overs.
Man of the match award in the second match was claimed by Mhondamo Odyuo who scored 54 runs in 43 balls.
Tuesday Matches
1st Match – Mavericks CC Vs Lancer CC
2nd Match – Juggernauts vs Waxen CC.
(Page News Service)