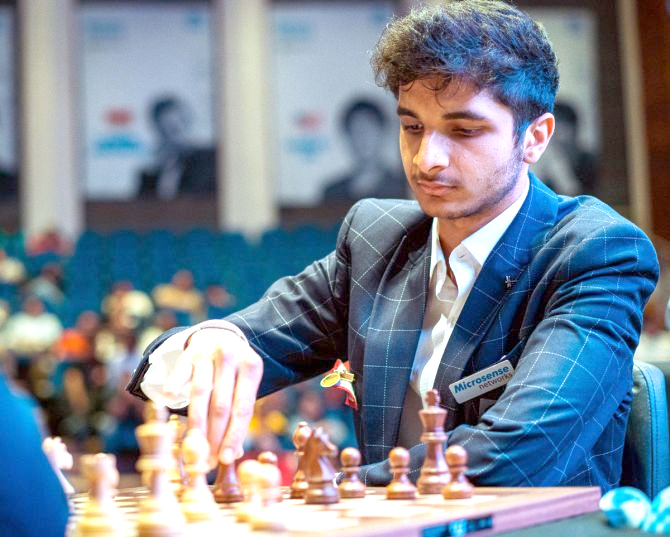 India chess captain Vidit Gujrathi believes the historic gold medal at the Online Chess Olympiad will be the beginning of a new era for chess in the country.

New Delhi, September 14: India’s chess Olympiad gold-winning team captain Vidit Gujrathi says the experience of playing against and defeating iconic Viswanathan Anand was the most special moment of his career. The 25-year-old Gujrathi, who became a Grandmaster in 2013, beat the five-time world champion Anand in 2019.
“It was a really nice feeling to play against a player to whom you look up to. I was in the Indian Top-5 but never got a chance to play against him, so I was thinking that I’m missing out on that experience,” the youngster said during the show, ‘In the Sportlight’. It was in 2018 when I first time played against Anand. It is a different feeling when you play because then you realise their strengths and weaknesses very closely. It was a really good memory when I finally won against him in 2019,” he added.
Gujarathi had the honour to captain the likes of Anand and the women’s Grandmaster Koneru Humpy during India’s gold winning campaign in the online Chess Olympiad recently. India and Russia were declared joint winners of the 2020 Online Chess Olympiad after the final was marred by internet connectivity issue and server malfunction, last month.
Gujarathi said online streaming of chess has become a huge hit with more enthusiasts embracing the concept, the biggest example being the FIDE Online Chess Olympiad. “Previously chess streaming used to be looked down upon. In India nobody used to stream. Gradually people realised it’s good and it is growing every day. The Olympiad has shown that chess can really be a spectator sport.”
He also said that ‘chess Esports’ could become a big hit in the post-COVID era, which can bring the players more financial gains as well as a wider avenue. With GM Hikaru Nakamura becoming the first professional chess player to be signed up by a professional esports streaming organisation, Gujrathi said it’s an advantage for chess players who can explore this avenue.
“Hikaru got signed up for TSM and (Magnus) Carlsen is also hinting at that. Maybe chess could be one of those sports which can be a sport as well as one where you can combine it with esport,” said Gujrathi, hinting at the possibility of Indian players also exploring this in the coming times. (PTI)