Sign in
Home Top Stories Will work with all to ensure early restoration of statehood to JK: PM

Will work with all to ensure early restoration of statehood to JK: PM 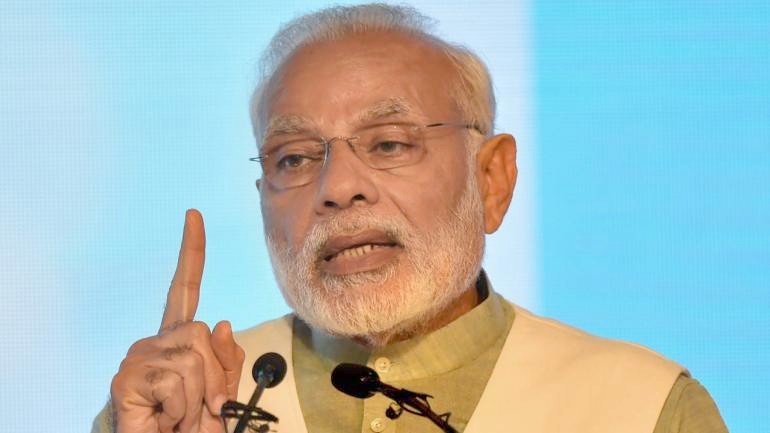 New Delhi, March 14: Prime Minister Narendra Modi on Saturday said his government will work with all sections of the population for restoration of statehood to Jammu and Kashmir “at an early opportunity”.
A 24-member delegation of the newly formed Jammu and Kashmir Apni Party (JKAP), led by its leader Altaf Bukhari, called on the Prime Minister at his residence Saturday evening and discussed with him various issues like concerns about demographic changes, the delimitation exercise and grant of state domicile, officials said.
“Referring to his statement in Parliament, the Prime Minister underlined that the government will work with all sections of the population to realize the hopes of statehood for Jammu and Kashmir at an early opportunity,” an official statement said.
During an interactive session with the delegation, the Prime Minister called for ‘Janbhagidari’ (people’s participation) in transforming the union territory and emphasised on the importance of an administration that gives voice to the people.
Modi also noted that democracy in the region could be strengthened through a fast-moving process of political integration, the statement said.
The PM also spoke about youth empowerment and emphasised that youngsters should act as catalytic agents for the development of Jammu and Kashmir. He highlighted the importance of skill development and creating new employment opportunities for the youth to bring in an overall transformation in the UT, it said.
Extending full support from the government to resolve all issues being faced by the people of the Jammu and Kashmir, the Prime Minister also assured the delegation that the Centre is committed to the region’s economic development through extensive focus on infrastructure development and creating new investment opportunities in sectors like tourism.
During the meeting, President of the newly formed ‘Apni Party’ Altaf Bukhari said that August 5 last year, when the erstwhile state’s special status under Article 370 of the Constitution was revoked, was a “watershed moment” in history.
The delegation thanked the Prime Minister for his “unstinted support” and “untiring efforts” towards the development of the UT and also appreciated the efforts of the government, security agencies and the people of Jammu and Kashmir towards maintaining peace and security in the region, the statement said.
JKAP was formed on March 8 by Bukhari, the erstwhile state’s former finance minister, along with 30 political leaders from various regional and national parties, with an aim to pitch for restoration of statehood to Jammu and Kashmir and ensure domicile rights over the land and jobs there.
A week after its formation, the Bukhari-led delegation met the Prime Minister and had a marathon meeting with him — the first such meeting post abrogation of provisions of Article 370 and bifurcation of the erstwhile state into two Union Territories in August last year.
After the meeting, Bukhari said the Prime minister heard them patiently and assured that all central laws will be made applicable in the Union Territory.
JKAP had welcomed the release of National Conference patron Farooq Abdullah on Friday.
The issue of political prisoners was also raised during the meeting and a request was made to the Prime Minister to release all the detained leaders from preventive detention, he said. (PTI)