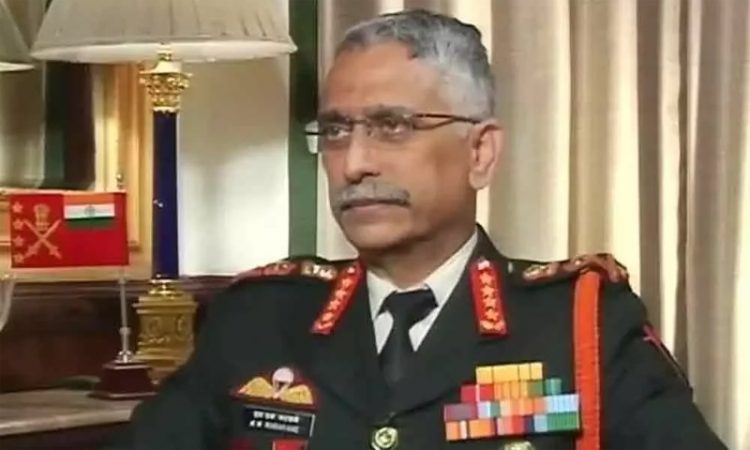 New Delhi, January 11: Army Chief Gen M M Naravane on Saturday said his force can take control of Pakistan-occupied Kashmir if it gets orders from political authority, in what is seen as a strong message to Islamabad.
In a press conference ahead of the Army Day, Gen Naravane also said that the Army will remain very vigilant at the Siachen glacier as there was a possibility of collusion between China and Pakistan against India in the strategically sensitive area.
“As far as Pakistan-occupied Kashmir is concerned, many years ago there was a parliamentary resolution on it that entire J and K is part of India. If Parliament wants that area should also belong to us and if we get orders to that effect, then definitely we will take action on it,” the Army Chief said.
He was replying to a question on whether the Army was ready to reclaim Pakistan-occupied-Kashmir (PoK).
A resolution by Parliament in February 1994 stated that Pakistan must vacate the areas of Jammu and Kashmir, which it has occupied through aggression, and resolved that all attempts made by Islamabad to interfere in India’s internal affairs will be dealt with resolutely.
After India withdrew special status of Jammu and Kashmir and bifurcated the state into two union territories, several important functionaries said that the focus now should be on reclaiming PoK.
Defence Minister Rajnath Singh had also said that if talks were to be held with Pakistan, then they will be only on PoK.
On Siachen, Gen Naravane said Indian forces should not lose sight as there could be collusion between China and Pakistan.
“We must not lose sight from where collusion between China and Pakistan can take place. We need to hold on to it. Though it can take place at any level, Siachen and Shaksgam Valley are the places where territory of these two countries meet. Threat of collusivity is maximum in the important glacier,” he said.
To a separate question, the Army Chief said the six Apache attack helicopters being procured by the Army would be deployed in formations guarding the border with Pakistan.
He said the chopper would be deployed at locations where there is a threat of armoured columns.
“Six Apache choppers would be given to an Army unit on the western borders,” he said.
On the killing of two civilians by Pakistan Army in Poonch sector in Jammu and Kashmir, Gen Naravane said Indian Army does not resort to such barbaric activities.
“We do not resort to such barbaric activities and fight as a very professional force. We will deal appropriately with such situations in a military manner,” he said.
He said the Indian Army conducts itself in the most professional and ethical manner including on the LoC.
“Professional armies never resort to barbaric acts,” he said.
On the Army’s role in Jammu and Kashmir, Gen Naravane said they have the full support of the people.
“Everyone in Jammu and Kashmir is doing a tremendous job day in and day out under very harsh condition, be along the Line of Control or hinterland.
“We have the full support of the people. They have been very cooperative. They do not have harsh words to say about the Army,” he said.
On complaints of misconduct against the Army in Jammu and Kashmir, Gen Naravane said investigations concluded that all the allegations were “unfounded”.
“At times, judgement calls need to be taken in the spur of the moment and calls by commanders on the ground have to be respected. In all the complaints that have been filed, on investigation, have proved to be unfounded,” the Army chief said. (PTI)