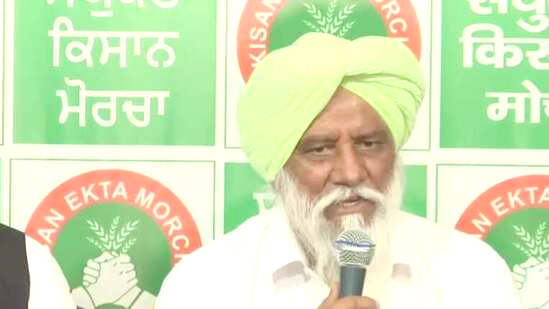 New Delhi, March 2: Samyukta Kisan Morcha (SKM) leader Balbir Singh Rajewal said on Tuesday (March 2) that the protesting farmers will visit poll-bound states, including West Bengal and Kerala, and will urge people to vote against the BJP.
“We’ll send teams to poll-bound states — to West Bengal and Kerala. We will not support any party but appeal to people to vote for the candidates who can defeat BJP. We will tell people about Modi govt’s attitude towards farmers,” Rajewal was quoted as saying by ANI.

Meanwhile, Swaraj India leader Yogendra Yadav said that the farmers will go to poll-bound states and appeal to people to “punish” BJP and its allies. He informed that they will hold a public meeting on March 12 in Kolkata, West Bengal.
“In the Assembly elections, we will appeal to people to punish this party (BJP) and its allies who brought anti-farmer laws. We will go to the boll-bound states. This programme will begin in Kolkata on March 12 with a public meeting,” Yadav told in the press conference.
He added that as the farmers’ protest will mark its 100th day on March 6, farmers will block the Kundli–Manesar–Palwal (KMP) Expressway from different points between 11 am to 4 pm. While from March 5, ‘MSP Dilao’ movement will be kickstarted in Karnataka urging the PM to ensure Minimum Support Prices (MSP) for crops.
Yadav said that farmers will join the employees and labourers when they protest against privatisation and corporatisation on March 15. “In a meeting with 10 major trade unions, it was decided in-principle that farmers & labourers will fight this battle together. On March 15, labourers and employees will take to streets across the country against privatisation and corporatisation. Farmers will join them,” ANI quoted Yadav as saying. (Agencies)