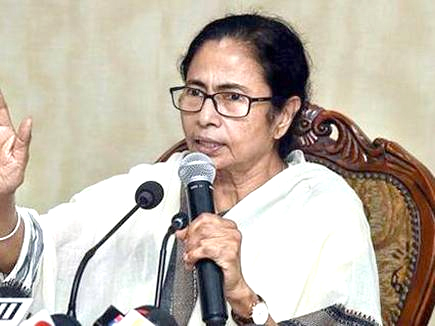 Kolkata, September 22: West Bengal Chief Minister Mamata Banerjee has written to the Centre, saying the PM-Kisan and Ayushman Bharat schemes will be implemented in West Bengal if the funds are routed through the state government.
In a letter to Union Agriculture Minister Narendra Singh Tomar, Banerjee said the state government has already introduced the Krishak Bandhu scheme for the farmers.
“However, we will be happy to provide benefits to the farmers under the PM-Kisan Samman Nidhi scheme, and in that case, the Central government may transfer the requisite fund direct to the state government for further disbursement with full responsibility to the beneficiaries through the state government machinery,” she said.
Under the PM-Kisan scheme, the central government is providing annually Rs 6,000 in three equal installments to the farmers. The amount is directly transferred into the bank accounts of the beneficiaries through direct benefit transfer (DBT) mode.
In a separate letter to Union Health Minister Harsh Vardhan, Banerjee said that under the Swasthya Sathi scheme the state government was providing free treatment to the people of the state.
“Ayushman Bharat Scheme may be extended by the government of India with entire 100 percent expenditure for the scheme in such a case, the entire funding for the scheme may be routed through the state government,” she said.
Billed as the world’s largest government healthcare programme, Ayushman Bharat is funded with 60 per cent contribution coming from the central government and the remaining from the states.
Both the letters were written on September 9 and released to the media on Tuesday evening.
The letters were released after the BJP and Governor Jagdeep Dhankhar questioned Banerjee’s opposition to the farm bills when her government has not implemented the central scheme for the benefit of farmers.
In the letter to Tomar, Banerjee said the state government introduced the Krishak Bandhu scheme to provide financial assistance to the farmers much before. (PTI)