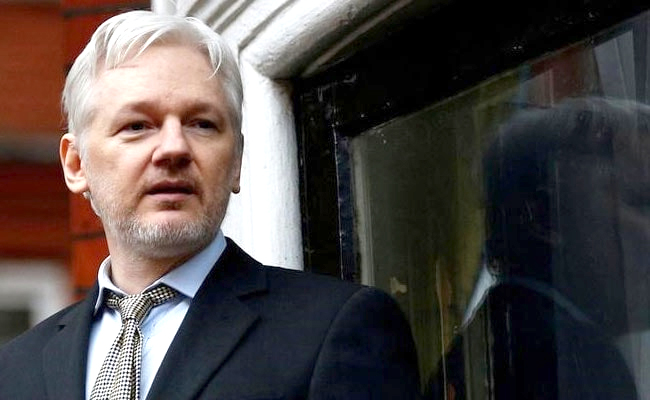 London, January 4: A British judge on Monday rejected the United States’ request to extradite WikiLeaks Founder Julian Assange to face espionage charges on mental health grounds, saying his extradition would be oppressive .
District Judge Vanessa Baraitser, presiding over the case at the Old Bailey court in London, ruled that Assange was likely to commit suicide if extradited to the US, where he is wanted on 17 espionage charges and one charge of computer misuse over WikiLeaks publication of leaked military and diplomatic documents a decade ago.
The charges carry a maximum sentence of 175 years in prison.
“The overall impression is of a depressed and sometimes despairing man fearful for his future,” the judge said.
The US government said it would appeal the decision and have 14 days to lodge the paperwork. This means Assange is not likely to be freed from London’s Belmarsh Prison, where he is being held, right away.
Lawyers for the 49-year-old Australian activist, who was re-arrested in September last year over the espionage charges, argued that he was acting as a journalist and is entitled to First Amendment protections of freedom of speech for publishing leaked documents that exposed US military wrongdoing in Iraq and Afghanistan.
However, the US indictment claims Assange conspired with army intelligence analyst Chelsea Manning to crack a scrambled password, known as “hash”, to a classified US defence department computer.
Assange denies plotting with Manning to crack an encrypted password on US Department of Defence computers and claims there is no evidence anyone’s safety was put at risk.
He appeared at the Old Bailey as Judge Baraitser delivered her judgment. The judge rejected defence claims on the charges, saying Assange’s conduct would amount to offences in this jurisdiction that would not be protected by his right to freedom of speech”.

However, she noted that he suffered from clinical depression that would be exacerbated by the isolation he would likely face in US prison, adding he had the “intellect and determination” to circumvent any suicide prevention measures.
“Faced with the conditions of near total isolation without the protective factors which limited his risk at HMP Belmarsh, I am satisfied the procedures described by the US will not prevent Mr Assange from finding a way to commit suicide and for this reason I have decided extradition would be oppressive by reason of mental harm and I order his discharge,” she said.
Assange, who wore a suit and face mask as he appeared in the dock, closed his eyes in relief as the judge read out her ruling. His fiancee, Stella Moris, with whom he has two young sons, was also at the Old Bailey for the hearing.
WikiLeaks editor-in-chief Kristinn Hrafnsson
described the case as “an historic, large-scale attack on freedom of speech”.
Assange was jailed for 50 weeks in May 2019 for breaching his bail conditions after going into hiding in the Ecuadorian embassy in London. He sought refuge in the embassy for seven years from 2012 until he was arrested in April 2019.
At the time he fled to the embassy, he had been facing extradition to Sweden on allegations of sexual assault which he denied. That case was later dropped. (PTI)