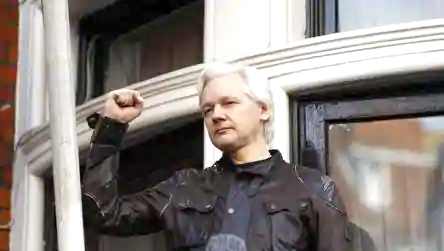 London, September 6: WikiLeaks founder Julian Assange is set to fight for his freedom in a British court after a decade of legal drama, as he challenges American authorities’ attempt to extradite him on spying charges over the site’s publication of secret US Military documents.
Lawyers for Assange and the US Government are scheduled to face off in London Monday at an extradition hearing that was delayed by the coronavirus pandemic.
American prosecutors have indicted the 49-year-old Australian on 18 espionage and computer misuse charges adding up to a maximum sentence of 175 years. His lawyers say the prosecution is a politically motivated abuse of power that will stifle press freedom and put journalists at risk.
Assange attorney Jennifer Robinson said the case is fundamentally about basic human rights and freedom of speech.
Journalists and whistle-blowers who reveal illegal activity by companies or governments and war crimes – such as the publications Julian has been charged for – should be protected from prosecution, she said.
American prosecutors say Assange is a criminal, not a free-speech hero.
They allege that Assange conspired with US Army intelligence analyst Chelsea Manning to hack into a Pentagon computer and release hundreds of thousands of secret diplomatic cables and military files on the wars in Iraq and Afghanistan. (AP)