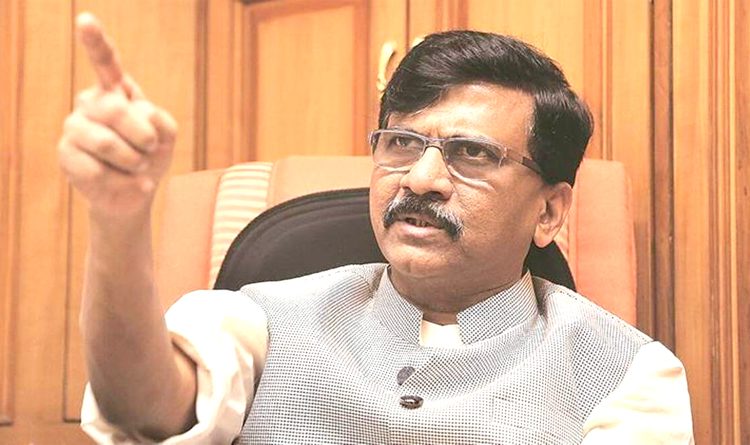 MUMBAI, SEPTEMBER 5: Shiv Sena MP Sanjay Raut on Sunday said the exclusion of former Prime Minister Jawaharlal Nehru’s picture from a poster released by a body of the Union Education Ministry to mark the 75th year of India’s independence shows the Centre’s “narrow mindset”, and asked the Union Government why it “hates” Nehru so much.

Raut, in his weekly column ‘Rokhthok’ in the Sena mouthpiece Saamana, said the Indian Council of Historical Research (ICHR), an autonomous body under the Ministry of Education, has excluded the pictures of Nehru and Maulana Abul Kalam Azad from its poster, and alleged that it was an act of “political vindictiveness”.
“Those who had no participation in the freedom struggle and creating history are keeping out one of the heroes of the independence struggle. This act, done out of political vindictiveness, is not good and shows their narrow mindset. It is an insult of each and every freedom fighter”, Raut claimed.
One can have differences over Nehru’s policies after independence, but no one can deny his contribution to the freedom struggle, said the Rajya Sabha member, who is the Executive Editor of Saamana.
“What has Nehru done to hate him so much? In fact, the institutions he built are now being sold to keep the Indian economy moving”, Raut said, while referring to the National Monetization Pipeline (announced recently by the Centre), and claimed it was due to Nehru’s “long-term vision” that the country was saved from economic devastation.
Raut, whose party shares power with the NCP and Congress in Maharashtra, said Tamil Nadu Chief Minister MK Stalin recently took a decision not to remove pictures of former state CMs Jayalalitha and EK Palaniswami from school bags which were being distributed free to children in the southern state.
“If he (Stalin) can show political maturity, why do you hate Nehru so much? You owe an answer to the nation”, the Shiv Sena’s chief spokesperson said, without naming the BJP.
The Modi Government’s criticism of Congress president Sonia Gandhi and party leaders Rahul Gandhi and Priyanka Gandhi Vadra was understandable, he said, claiming that the Centre made its hatred public by changing the name of the Rajiv Gandhi Khel Ratna Award.

“You cannot destroy the immortal contribution of Nehru and (former Prime Minister) Indira Gandhi in nation-building. Those who deny Nehru’s contributions will be called villains of history”, Raut further claimed. (PTI)