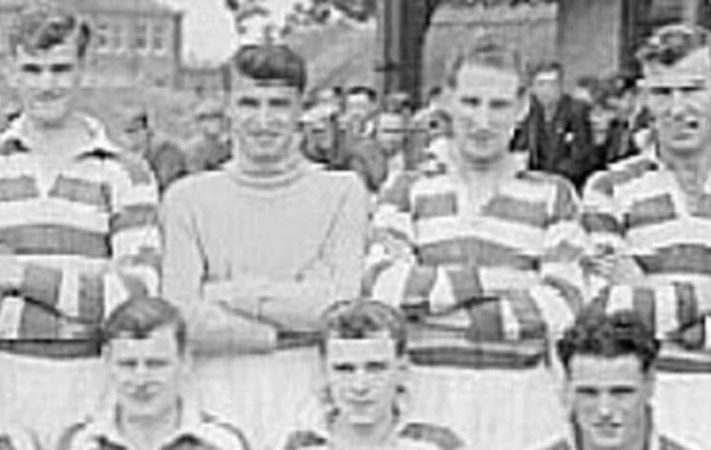 Sean Connery, who passed away at the age of 90 on Saturday, leaves behind the legacy of having immortalized James Bond on screen, but much before he shook up the world of espionage fiction, he created quite a stir on the football pitch ~ so much so that he had once been offered a trial by Manchester United.
Connery played for Bonnyrigg Rose, a semi-professional Scottish club playing in the lower divisions, in the early 1950s. He had then been in his early 20s, doing a variety of jobs which included football, small acting roles in theatre and film, bodybuilding and driving trucks. He was then offered a trial by East Fife, a club playing in the third division of the Scottish league, before came the big offer from Manchester United.
In a 2005 interview in Mud and Glory, a Scottish magazine, Connery recalled his brush with Manchester United: “I really wanted to accept because I loved football. But I realised that a top-class footballer could be over the hill by the age of 30, and I was already 23.”
According to accounts in the biographical book Sean Connery: The measure of a man, Sir Matt Busby, the then Manchester United manager, spotted Connery playing football against a local Manchester team when the actor had been on a tour with cast members of a musical production. Connery’s performance on the pitch impressed Busby, who offered him a £25-a-week contract.
Connery turned down Busby’s offer. He made forays into films for the next few years, before being cast as James Bond in 1962. And thus a potential ‘Busby babe’ became the world’s most famous spy.
A 30-yard goal
We know Sean Connery was probably the smoothest secret agent on celluloid, but how good was he as a footballer?
The Dalkeith Advertiser, a local Midlothian newspaper, reported how “in a 1951 Scottish Junior Cup tie, Connelly (sic) scored with a 30-yard shot in a 3-1 defeat by Broxburn Athletic”, but his mentions are limited otherwise. According to these accounts, Connery was a right-winger, who stood out on the pitch because of his height.
Connery was often seen at Celtic-Rangers matches in Scotland’s top division in his later years. On one of these occasions, he addressed the rumour that he had also been offered a trial for Celtic in his playing days.
“I played for Bonnyrigg Rose, and I was offered a trial by East Fife. That’s the truth. Celtic, no”.
Connery also has a more undisputed role in football history, as the narrator of FIFA’s official film of the 1982 World Cup.
‘What is a box?’
Sean Connery’s James Bond ~ he played the role in 7 films ~ was also known to make frequent references to cricket on his assignments for the Majesty’s Secret Service. In You Only Live Twice, he has a peculiar exchange with a Japanese secret agent characteristic of the world of Bond films.
The Japanese agent asks Bond, “What is a box?”
“It is what our cricketers wear to protect those parts when they go out to bat. It is a light padded shield of aluminium.”
“I regret that we have nothing of that nature. We do not play cricket in Japan. Only baseball.”
“Lucky for you, you weren’t occupied by the British,” Bond says. “Cricket is a much more difficult and skilful game”.
“The Americans say otherwise.”
“Naturally; they want to sell you baseball equipment”.
(Courtesy: IE)