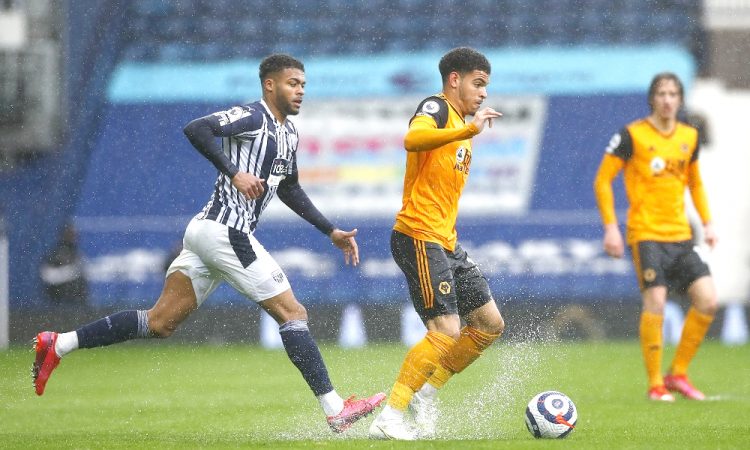 LONDON, May 4: Relegation-threatened West Bromwich Albion fought back to claim a 1-1 draw with Wolverhampton Wanderers on Monday but failure to win the match at The Hawthorns moved them closer to dropping out of the Premier League.
Mbaye Diagne equalised for the home side after Fabio Silva had handed Wolves the halftime lead in a Black Country derby that was hampered by belting rain and swirling wind.

The point moved second-from-bottom West Brom to 26 points, still 10 away from the safety zone with only four games remaining.
Wolves remained in 12th spot with 42 points in a much improved performance after a 4-0 home thumping from Burnley in their last outing.
Michail Antonio double sees West Ham go fifth after 2-1 win over Burnley

Striker Michail Antonio scored twice on his return from injury to fire West Ham United to a 2-1 win at Burnley on Monday which lifted them up to fifth place in the Premier League and kept alive their hopes of Champions League football next season.
The home side took the lead in the 19th minute when Chris Wood was brought down in the box by Tomas Soucek, and the New Zealand international picked himself up to drill the resulting penalty low to keeper Lukasz Fabianski’s right.
The lead was short-lived as Antonio, who was returning from a hamstring injury suffered in early April, split a pair of defenders to score with a bullet header in the 21st minute, and he added the winner eight minutes later with a deft finish.

The victory lifts the Hammers to fifth on 58 points after 34 games, three behind London rivals Chelsea in the race for the final Champions League spot. Burnley, whose winless streak at Turf Moor extended to eight games, are 16th on 36 points. (Reuters)