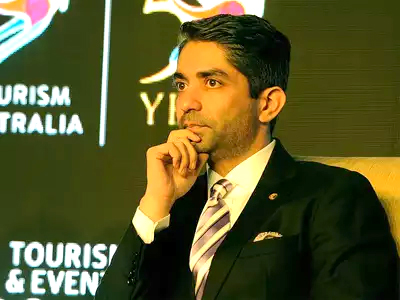 NEW DELHI, June 30: Entering the Olympic month after a wait that was extended by over a year, Abhinav Bindra feels history beckons India in Tokyo and expects multiple athletes to come back with something he has exclusively to himself so far in a country of 1.3 billion — an individual Olympic gold medal.

The only individual podium-topper in India’s Olympic history, Bindra pins India’s best hopes on shooting — the sport in which he conquered the 10m air rifle event at Beijing 2008, while having no doubt that country’s top athletes from other sports are equally skilled to excel at the biggest stage.
“I really look forward to multiple athletes coming back from Tokyo with gold medals,” said Bindra during a conversation with Timesofindia.com. “Every sportsman in India wishes that will happen and is actually quite confident it will happen.”
India will take its biggest ever shooting contingent of 15 athletes to Tokyo, and most of them tried to simulate the Olympic atmosphere while contesting in an elite field at the ongoing ISSF World Cup in Osijek, Croatia.
The contingent travelled to Croatia last month and had a camp there before participating in the World Cup. The results, though, haven’t been as prolific as Indian shooting is used to of late.
India are currently ranked seventh in the standings at the Osijek World Cup with one gold, one silver and two bronze medals.
Rahi Sarnobat is the lone Indian gold medallist so far. She won the women’s 25m pistol event. The tournament concludes on Friday.
“Shooting remains our best hope, is our best hope, with so many athletes in our Olympic team starting as favorites, starting as world number ones,” said Bindra, referring to top-ranked rifle shooter Elavenil Valarivan and pistol shooter Abhishek Verma in their respective 10m air events.
“Never before in our history have we gone into an Olympics starting as absolute favorites. The world is looking at us now, that for the gold medals they (Indian athletes) start as favourites,” said Bindra.
Such examples can also be found in other sports, in wrestlers Bajrang Punia and Vinesh Phogat and boxers Amit Panghal and MC Mary Kom. Among them, Vinesh and Panghal have received the top seeding in their competition in Tokyo.
“So we have so many more athletes than ever before who have a realistic chance of winning gold medals. On that particular day, even if 50 percent of them achieve (what we expect)…we should have multiple Olympic champions emerge out of Tokyo and, of course, shooting remains one of our brightest sports,” Bindra told TimesofIndia.com.
“I am not trying to demean any other sporting discipline by any means, and I know that we have world class athletes in many sports disciplines. But of course, as a shooting athlete myself, my heart will always be for that sport,” he added.

“I’m quite hopeful that we will have a tremendous Olympic Games in Tokyo in a few weeks.” (Courtesy: ToI)