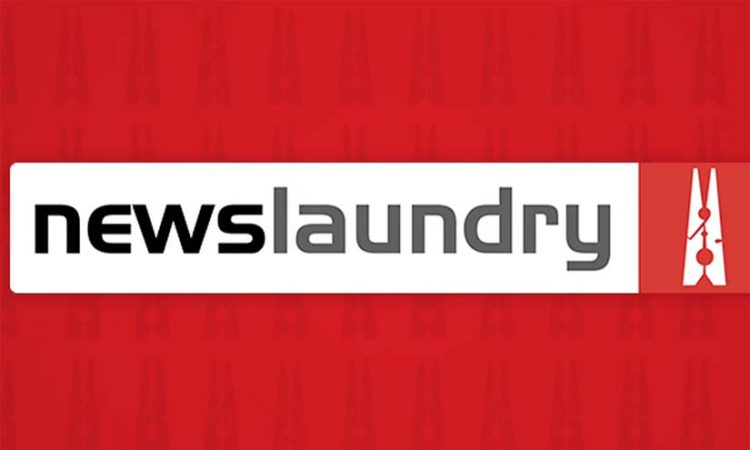 NEW DELHI, SEPTEMBER 11: Online news platform Newslaundry on Saturday said it conducted their business “honestly and with integrity” and will cooperate with the Income Tax Department authorities who surveyed their office.
“We have nothing to hide and have done everything by the book and are not in any breach or violation of any law. We conduct our business honestly and with integrity”, Newslaundry co-founder Abhinandan Sekhri said in a message posted on his Twitter handle.

Sekhri said the Tax team told him he “can not” speak to his lawyer and the law requires him to comply “without seeking legal advice” adding that the officials were courteous and professional.
He said “no signed hash value of the data copied” was provided to him and that he considered this as violation of his fundamental right to privacy.
A hash value is a numeric value that uniquely identifies data. Hash values represent large amounts of data as much smaller numeric values, so they are used with digital signatures.
The Tax Department surveyed the office of the news portal located at Sarvodaya Enclave in south Delhi on Friday along with that of another digital news platform Newsclick in Saidulajab area (south Delhi) on charges of alleged tax evasion.
Sekhri said the tax team comprising about 6-7 people arrived at their office around 12.15 p.m. and left around 12.40 a.m. on Saturday.
“They searched and looked through all computer devices at the premises. My personal mobile phone, laptop and a couple of office machines were taken control of and all the data on them downloaded by the IT team”, he said.
Sekhri said this was the second visit by the tax authorities to his office, the first being in June, and they had given “all documents related to our funding and accounts” to the officials then.
“We will cooperate in whatever way we are required to by the law. We will also continue to practice public interest journalism which is why we exist”, he said.
Our support comes from people who value public interest news and chose to subscribe to Newslaundry, not through Government or corporate advertisements or public relation exercises, Sekhri said, adding that the online portal is proud of the model it has chosen and championed.
Tax officials had said that separate survey operations on the two news portals were conducted to verify certain tax payment details and remittances made by the organisations.
As part of a survey operation, carried out under Section 133A of the Income Tax Act, 1961, tax officials cover only the business premises of an assessee and those linked to it and not their residential addresses.

However, they are authorised to seize documents, computer and electronic devices as part of the surprise action.
The authorities left the premises of Newslaundry a little past midnight.
Newsclick, its founder and Editor-in-Chief Prabir Purkayastha and other executives were raided by the Enforcement Directorate (ED) earlier in February under provisions of the Prevention of Money Laundering Act and that investigation is linked to alleged dubious foreign funding received by its registered company, which runs the news portal. (PTI)