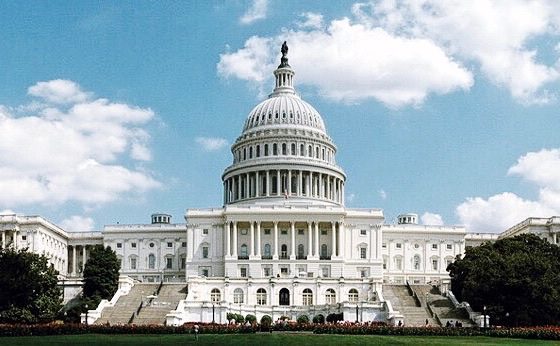 WASHINGTON, JANUARY 18: The FBI and the Pentagon are vetting nearly 25,000 troops tasked with securing the Biden-Harris inauguration on Wednesday amid apprehensions about an inside hit of the kind that killed Indira Gandhi, who was assassinated by her own bodyguards in 1984.
Fears that those entrusted with guarding the American leadership maybe infected with extremist ideology — a dread that was once assigned to distant developing countries — has suddenly grown in Washington DC in recent days after more than a dozen current or former members of the US military or law enforcement were found involved in the storming of the US Capitol. Social media and television footage showed some of the marauders using tactics, body armor, and technology such as two-way radio headsets similar to what is used in the military and police forces.
The FBI and law enforcement personnel have zeroed in and arrested several who brazenly posed for and posted photos and videos on social media, but no one has a sense of how deep or wide the rot runs among uniformed personnel, who were constantly praised and talked up by departing President Donald Trump throughout his four years in office despite the well-chronicled excesses by the police. Trump also pardoned — against the advice of the US military leadership — service personnel involved in killing in overseas war theaters.
“We’re continually going through the process, and taking second, third looks at every one of the individuals assigned to this operation,” Army Secretary Ryan McCarthy, who is overseeing the DC Guard and the military’s preparations for the inauguration told AR adding that the screening is being carried out by the FBI and is scheduled to be completed by Inauguration Day on Wednesday. He said so far the vetting process hasn’t flagged any issues with the troops coming to help protect the inauguration.
Quite a few world leaders — Anwar Sadat, Benazir Bhutto, Yitzhak Rabin among others — have been assassinated at public events by infiltrators who were ideologically opposed to them. But the idea that such a possibility would worry the US security leadership in 2020 is stunning attestation of the deep and pathological divisions that are sundering America.
Four of 45 US Presidents have been assassinated – Abraham Lincoln (1865), James Garfield (1881), William McKinley (1901), and John F Kennedy (1963). Additionally, two presidents have been injured in attempted assassinations: Theodore Roosevelt (1912; former president at the time) and Ronald Reagan (1981). The first three assassinations were all political hits, but none by the military or security personnel.
Fears of extremist infiltration into US security and defense apparatus has also increased after video footage showed several instances of MAGA extremists being welcomed or treated with kid gloves by uniformed personnel tasked with guarding the Capitol. Some took selfies with them and others virtually conducted them around the complex, an allegation that extends to even some extreme right wing Republican lawmakers, one of whom insists on carrying a gun into the legislature, asserting her rights under the Second Amendment.
In startling new footage released by the New Yorker magazine, an outnumbered and overrun Capitol police officer is heard asking a bleeding rioter sitting on the floor of the Senate “Are you good, sir? Do you need medical attention?” as MAGA miscreants roam the chamber, rifling through papers of lawmakers who were evacuated just minutes before.
Even as they break into the halls of Congress, the invading hordes warn security personnel that they are storming the Capitol at the instance of the President and some Republican lawmakers. “You’re outnumbered,” one of the extremists tells a Capitol Police officer.
(TNN)