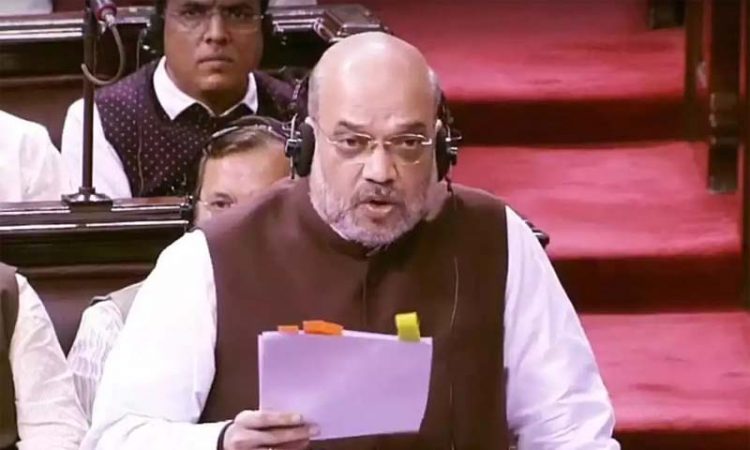 New Delhi, December 3: Three security personnel have been suspended and a high-level probe ordered into the breach at Congress leader Priyanka Gandhi Vadra’s house, Home Minister Amit Shah told the Rajya Sabha on Tuesday at the end of an acrimonious debate on the amendment to the Special Protection Group Act.
Amit Shah, who was responding to concerns around security cover to members of the Gandhi family, said the government had acted against the policemen and ordered a high-level probe because it did not want to take any chances.
He also explained how a black Tata Safari recently entered Priyanka Gandhi’s house without being stopped by security personnel. The Congress had expressed concern around the incident that has been counted as a security breach.
Shah said the incident was reported on 25 November.
Security personnel posted at Priyanka Gandhi’s residence had received information that Rahul Gandhi was going to come over in a black Tata Safari. Around the same time, another Tata Safari entered the complex. It wasn’t stopped because security personnel thought that it was Rahul Gandhi, who has unrestricted access to the house.
“It was a coincidence,” Amit Shah said.
In the black SUV that entered Priyanka Gandhi’s Lodhi Estate house was a Congress leader from Meerut, Sharda Tyagi and four party workers who had accompanied her, Shah said.
Congress leaders had expressed concern at the breach that came weeks after the government withdrew the Special Protection Group, or SPG cover for Priyanka Gandhi, brother Rahul Gandhi and mother Sonia Gandhi, replacing the SPG commandos with the CRPF jawans.
The government also drafted a change to the SPG Act to stipulate that the special force, created after the assasination of Indira Gandhi in 1984, would protect only the prime minister and members of his immediate family residing with him at his official residence. Former prime ministers would be entitled to SPG cover for five years.
Amit Shah topped his explanation of the breach with a barb at the Congress for leaking information relating to the incident. The minister said the information shouldn’t have been leaked out if Congress leaders really cared about Priyanka Gandhi’s security. “But it is a different matter if you want to do politics,” he said. (Courtesy: HT)