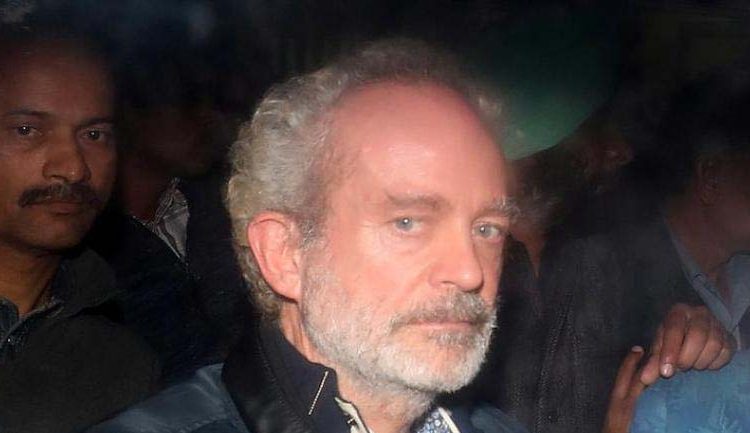 NEW DELHI, January 5: Alleged middleman Christian Michel , arrested in the AgustaWestland VVIP chopper case, received money from other defence deals as well which needs to be probed, the Enforcement Directorate (ED) on Saturday told a Delhi court. The court has sent Michel to judicial custody till February 26.
The agency told special judge Arvind Kumar that Michel had received €24.25 million and £1,60,96,245 from the AgustaWestland deal.
“During the interrogation, it was observed that he had also received money from other defence deals, which the ED will enquire,” it said.
The ED’s special public prosecutors, D P Singh and N K Matta, also told the court that the “accused has also routed money through ‘hawala’ operators for acquiring cash and for the purchase of property.”
The ED produced Michel before the court on the expiry of his 14-day custodial interrogation and requested the court to send him to judicial custody, claiming that he might escape justice if left free.
“The accused is a British national and has no roots in India. There is every likelihood that he may escape India and evade the process of law, especially in the light of his past conduct.”
“He has been brought to this court through rigorous extradition proceedings. His fleeing away from justice again cannot be ruled out,” the ED said.
The application was allowed by the court, which sent Michel to judicial custody till February 26.
In the CBI case related to the AgustaWestland VVIP chopper deal, the court sent Michel to judicial custody till February 27.
Michel, who was extradited from Dubai recently, was arrested by the ED on December 22 and has been in the agency’s custody on a court order.
The ED told the court that it had identified Michel’s properties purchased with the proceeds of crime.
“He has given contradictory answers to various questions and he was not able to explain the contradiction,” it said.
The agency told the court that the audit report submitted during the trial in an Italian court appears to be factually incorrect.
“Hence, it is required to be seen whether the Italian court had based its decision on the said audit report,” it said.
The ED added that it had “investigated how cash was transferred through ‘hawala’ and multiple bank accounts. We have found information about other defence deals. We need to investigate the money flowing there as well. We have documents to show that they misled the Italian court”.
The court had earlier imposed restrictions on Michel meeting his lawyers in ED custody after the agency said he was misusing legal access by passing chits to the advocates, asking them how to tackle questions on “Mrs Gandhi”.
In its application seeking extension of Michel’s remand, the agency also claimed that during questioning, he had spoken about the “son of an Italian lady” and how he was going to become the next prime minister of the country.
“We also need to decipher who the ‘big man’ referred to as ‘R’ is in the communications between Michel and other people,” the ED told the court.
It sought that Michel be barred from meeting his lawyers in custody, alleging that he was being tutored from outside through his lawyers.
The ED told the court that Michel had made a reference to “Mrs Gandhi” during his interrogation on December 27.
During his medical examination, the accused had handed over a folded paper to his lawyer, Aljo K Joseph, which was noticed by the ED officials.
After the perusal of the paper, it was revealed that it pertained to a set of follow-up questions on “Mrs Gandhi”, the ED said.
The agency told the court that it was clear that there was a conspiracy to shield or tamper with the evidence that could be brought forth from the questioning of the accused.
It said it had discovered fresh evidence relating to new entities used for laundering the proceeds of crime and that Michel’s custodial interrogation was needed for confronting his Indian connections identified till date.
Michel is among the three alleged middlemen being probed in the case by the ED and the Central Bureau of Investigation (CBI). The others are Guido Haschke and Carlo Gerosa.
The ED, in its remand application on Saturday, said the probe had revealed that Michel was the key middleman for AgustaWestland, pursuing the deal at different levels, and was instrumental in the circulation of sensitive information and eventual payment of kickbacks.
The key issues being investigated by the ED include the modus operandi adopted by the accused to eliminate TATA and HAL from competition in an Italian deal and the steps undertaken to mask the present deal as a British deal, instead of an Italian deal, to gain advantage in Light Observation Helicopters.
The agency is also probing the modus operandi adopted in influencing the German deal and how the accused misused information, leading to actions under the Official Secrets Act, and to determine if there were any more kickbacks, leading to the proceeds of crime linked with these activities. The ED, in its chargesheet filed against Michel in June 2016, had alleged that he had received €30 million (about Rs 225 crore) from AgustaWestland.
The CBI, in its chargesheet, has alleged an estimated loss of €398.21 million (about Rs 2,666 crore) to the exchequer in the deal that was signed on February 8, 2010 for the supply of VVIP choppers worth €556.262 million. (PTI)