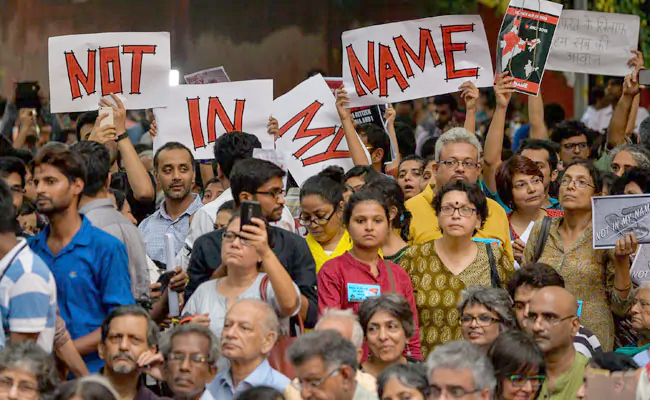 NEW DELHI, April 1: Over 200 prominent Indian writers have issued an appeal on Monday to “vote out hate politics” just before the upcoming national election and asked people “to vote for a diverse and equal India”.
The appeal written on Indian Cultural Forum includes writers like Arundhati Roy, Girish Karnad, Romila Thapar, Amitav Ghosh, Nayantara Sahgal, TM Krishna, and Jerry Pinto among others.
“In the last few years, we have seen citizens being lynched or assaulted or discriminated against because of their community, caste, gender, or the region they come from. Hate politics has been used to divide the country; create fear; and exclude more and more people from living as full-fledged citizens”, the 210 signatories said in their appeal.
They alleged that, “Writers, artists, filmmakers, musicians and other cultural practitioners have been hounded, intimidated, and censored. Anyone who questions the powers-that-be is in danger of being harassed or arrested on false and ridiculous charges”.
The writers said they want to “safeguard our diversity and let democracy flourish.” They emphasized that there is need for tough measures for violence against “women, dalits, adivasis and minority communities.”
Their appeal comes 2 days after around 100 filmmakers asked citizens to vote against BJP to “protect the democracy of the country” citing similar reasons like unleashing of polarisation, cow vigilantism, marginalisation of Dalits, Muslims and farmers and increasing censorship. (NDTV)