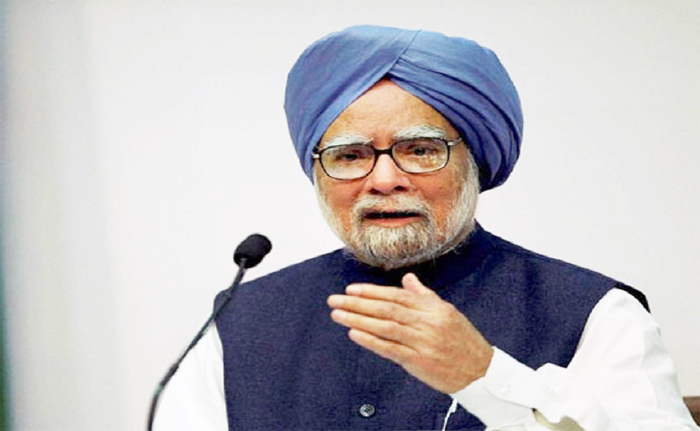 New Delhi, August 12: Former Prime Minister Manmohan Singh said on Monday the government’s decision to scrap the provisions of Article 370 is not to the liking of many people in the country and voices of Jammu and Kashmir residents must be heard for the idea of India to prevail.
He also said India is passing through a “deep crisis” and it needs cooperation of like-minded people.
“Its outcome is not to the liking of many people of our country. It is important that the voice of all these people be heard. It is only by raising our voice that we can ensure that in the long run, the idea of India, which is very sacred to us, will prevail,” Singh told reporters here.
He made his first remarks on the revocation of the special status of Jammu and Kashmir after paying homage to his cabinet colleague and former Congressman S Jaipal Reddy, who died in Hyderabad in July.
Singh expressed sadness over demise of Reddy at a time of “great difficulties” when the “dark forces” seemed to “overwhelm” the idea of India.
“I feel sad to think that my dear friend Jaipal is not among us at this time of ‘great difficulties’… India is passing through deep crisis and it requires the cooperation of all like-minded people to challenge the dark forces which are prevalent right now and who seem to believe that they can overwhelm the idea of India,” he said.
The former prime minister remembered Reddy as an optimist and unique human being who was a “staunch supporter” of statehood for Telangana.
“He played a silent yet crucial role in convincing leaders towards taking the historic decision of dividing Andhra Pradesh and granting separate statehood for Telangana in 2014,” Singh said.
Rich tributes were paid to Reddy by many former bureaucrats and politicians including CPI(M) general secretary Sitaram Yechury and CPI general secretary D Raja and Congress leader Mani Shankar Aiyar.
Yechury and Raja also denounced the move to strip Jammu and Kashmir of its special status under Article 370.
Yechury remembered Reddy as a “friend, philosopher and guide”, saying it was not the time for him to depart as the country is going through a “humongous crisis”.
The government on August 5 revoked the special status of Jammu and Kashmir and split it into two union territories Jammu and Kashmir with a legislature and Ladakh without. (PTI)