HomeInfotainmentVision and Scarlet Witch are getting their own Disney+ show
Infotainment
2 years agoJanuary 10, 2019No tags 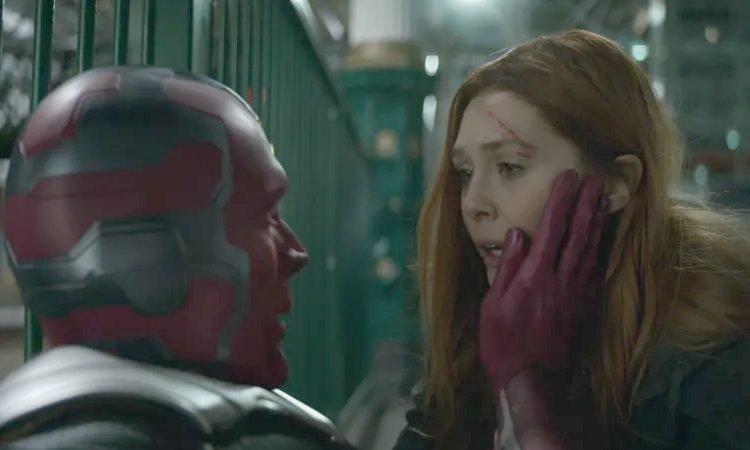 Details of the first series that Marvel Studios will be making for Disney’s streaming service have been released and ‘The Vision and Scarlet Witch’ is hoping to have Paul Bettany and Elizabeth Olsen in the lead roles.
Writing the series for Disney+ will be Jac Schaeffer, who is part of the writing team for upcoming blockbuster, Captain Marvel.
Sources have told Hollywood Reporter that she will write the pilot and also executive produce the action series that will focus on two integral members of the Avengers.
English actor Paul Bettany, 47, who portrayed Vision in the Avengers franchise movies as well as a turn in Captain America: Civil War among a host of credits, will be joined by 29-year-old Elizabeth Olsen, who has been Scarlett Witch in the Avengers series of movies.
This will be two of Marvel Comics’ longest running characters coming together again to continue what has been a twisted relationship in the past.
Vision is a synthezoid which was created by one of the Avengers’ biggest enemies, Ulton, while Scarlett Witch has a host of sorcery abilities, along with an alter ego in Wanda Maximoff.
In the two character’s complicated past, they have been married off with children, before having their timeline rewritten, with this becoming just everyone’s imagination.
It will be for real this time though and it is believed that ‘The Vision and Scarlet Witch’ will be the first of many Marvel characters coming to life for the Disney+ service.
Fan favourite Tom Hiddleston is tipped to play Loki, the god of mischief, while Anthony Mackie and Sebastian Stan are tipped to play Falcon and Winter Soldier, respectively, with Empire writer Malcolm Spellman doing the honours with the scripts.