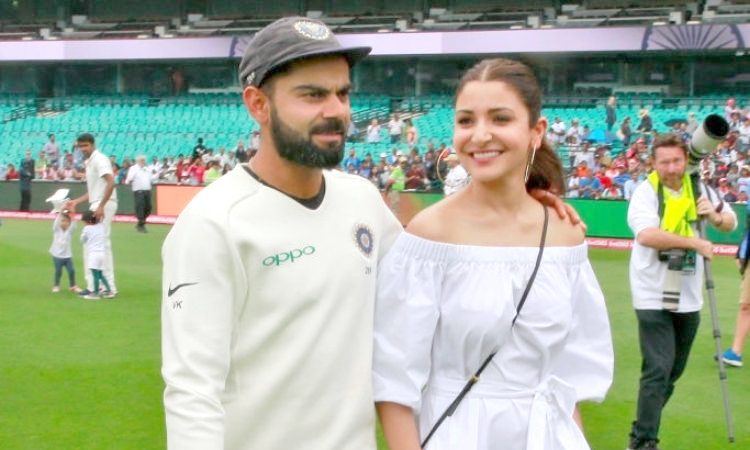 New Delhi, November 9: The Board of Control for Cricket in India (BCCI) on Monday confirmed that it has granted paternity leave to Indian captain Virat Kohli, who will return from Team India’s upcoming tour of Australia after the first Test. The BCCI in an official release confirmed that Kohli had informed the board about his plans to return home for the birth of his first child.
“At the selection committee meeting held on October 26th, 2020, Mr Virat Kohli had informed the BCCI about his plans to return to India after the first Test in Adelaide. The BCCI has granted paternity leave to the Indian captain. He will return after the first Test against Australia in Adelaide,” BCCI’s release stated.
BCCI further informed about the changes that have been made to all the three squads across formats owing to the injury situation of several players, who have been participating in the ongoing Indian Premier League in the UAE.
Rohit Sharma included in Test squad
The big announcement has been about the inclusion of Rohit Sharma in the Test squad, who was being monitored so far by the BCCI medical team after sustaining a hamstring injury in the IPL. Rohit has since returned to action in the IPL for Mumbai Indians and is expected to lead the team in the final on Tuesday.
“The BCCI Medical Team has been monitoring Rohit Sharma’s fitness and has briefed All-India Senior Selection Committee on the same. In consultation with Mr Sharma, it has been decided to rest him for the ODIs and T20Is in Australia to regain full fitness and he has been included in India’s Test squad for the Border-Gavaskar Trophy,” the release added.
India will play 3 ODIs, 3 T20Is, 2 practice matches and 4 Test matches in a tour that will go on for over a month and a half. The first ODI will be played on November 27th.
This is India’s first series since international cricket was halted due to the Covid-19 pandemic. Kohli and his wife, Hindi film actor Anushka Sharma, had announced their pregnancy in August earlier this year with respective social media posts. (Courtesy: HT)