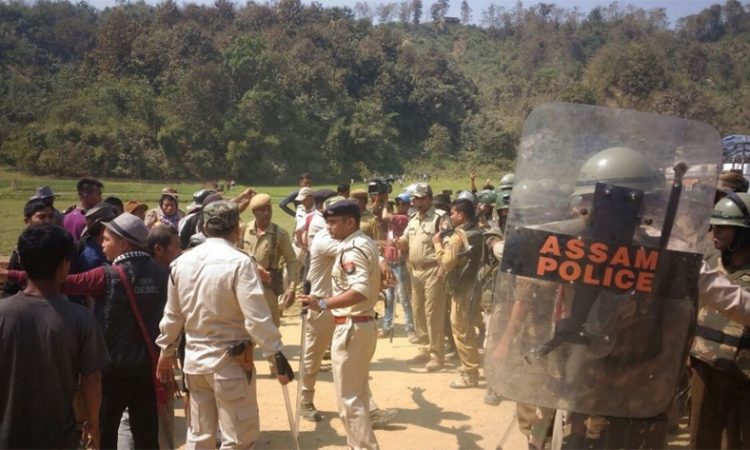 Hailakandi (Assam), February 10: Several shacks were torched and a few persons were injured in an attack by unidentified people in Hailakandi district of Assam near the state’s border with Mizoram, prompting the authorities to clamp prohibitory orders under Section 144 CrPC in the district, an official said on Wednesday.

The incidents of violence and arson took place at Kachurthol under Ramnathpur police station area on Tuesday night.
The situation there was tense but under control, the official said.
The authorities have beefed up security in the area where senior officials of the civil and police administrations are camping.
Apprehending further breach of public peace and tranquillity in the border areas following the incident, Additional District Magistrate R K Dam promulgated prohibitory orders under Section 144 in the district with immediate effect.
“Certain elements may take advantage of the present fragile situation to create disturbance in public order and destroy the harmonious co-existence of all sections of society in the district,” he said.
Meanwhile, Suzamuddin Laskar, the MLA of the area, has written to Chief Minister Sarbananda Sonowal and Director General of Police Bhaskar Jyoti Mahanta urging them to take immediate steps to instill security among the people living along the border areas from “armed aggression of the neighbouring state”.
The Katlicherra MLA claimed that around 30 people were seriously injured in the attack and about 50 houses were burnt by miscreants from the neighbouring state on Tuesday night.
Earlier on February 3, a school building was damaged in a powerful bomb explosion at Muliala in Hailakandi district near the Mizoram border.
Tension prevailed along the Assam-Mizoram border for days in October and November last year after several people were injured in a clash between the residents of Cachar district of Assam and Mizoram’s Kolasib district. A number of makeshift huts in the border area were also torched at that time.
Mizoram shares a 164.6 km border with Assam. Several dialogues held since 1995 to resolve the boundary problem have yielded little results. (PTI)