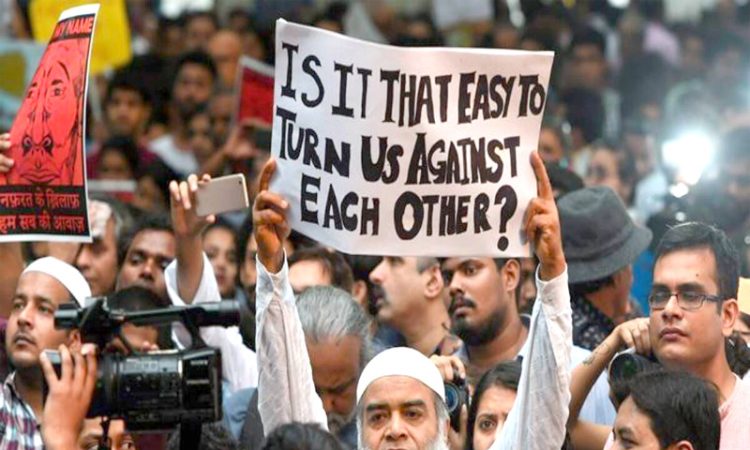 US secretary on Monday designated Pakistan and China along with eight other countries that are of particular concern for engaging in or tolerating systematic, ongoing, egregious violations of religious freedom. (IE Image, Representative)

Washington, December 9: The violation of religious freedom in Pakistan is done by the government, while in India, much of it is communal violence, a top American diplomat has said, explaining why Islamabad, and not New Delhi, has been designated as a country of particular concern by the US.
US Secretary of State Mike Pompeo on Monday designated Pakistan and China along with eight other countries that are of particular concern for engaging in or tolerating systematic, ongoing, egregious violations of religious freedom.
The US Commission for International Religious Freedom (USCIRF) had recommended to the State Department to designate India also as a country of particular concern (CPC). Notably, the State Department did not accept the recommendation.
India has rejected the USCIRF’s observations against the country in its annual report.
“We reject the observations on India in the USCIRF Annual Report. Its biased and tendentious comments against India are not new. But on this occasion, its misrepresentation has reached new levels. It has not been able to carry its own Commissioners in its endeavour,” the spokesperson of the Ministry of External Affairs said in New Delhi in April in response to media queries on the observations in the USCIRF Annual Report.
“We regard it as an organisation of particular concern and will treat it accordingly, the spokesperson said.
On Tuesday, US Ambassador-at-Large for International Religious Freedom Samuel Brownback defended the action taken against Pakistan.
(In) Pakistan a lot of their actions (violations of religious freedom) are done by the government. In India, some of them are done by the government and the law that was passed, and much of it’s communal violence. And then when that takes place, we try to determine whether or not there has been effective police enforcement, judicial action after communal violence takes place, he told reporters during a conference call.
Brownback was responding to a question as to why Pompeo designated Pakistan as a country of particular concern and not India. The top American diplomat said that half of the world’s people that are locked up for apostasy or blasphemy are in Pakistani jails.
We just had really a difficult webinar this morning on forced brides into China, and one of the source places is Pakistan religious minorities, Christians and Hindu women being marketed as concubines or forced brides into China because there’s not effective support, and then there’s discrimination against the religious minorities that make them more vulnerable, he said.
That doesn’t mean that India doesn’t have problems. The violence is a problem. We’ll continue to raise those issues, but those are some of the basis as to why Pakistan continues to be on the CPC list and India is not, Brownback said, adding that he has made several trips to both the countries.
There were several recommendations made by the commission that the Secretary did not follow, and this was one of them, Borwnback said when asked why India was not designated as a country of particular concern.
We watch the situation in India very closely. The Secretary’s travelled there multiple times. These issues have been raised in private discussions at the government high government level, and they will continue to get raised, he said.
I can’t go into the decision-making process that the Secretary went through. He’s well aware of a lot of the communal violence that’s happening in India; he’s well aware of the statute that has been enacted and the issues associated with the (Narendra) Modi government. And as I said, he’s raised it at the highest levels, but just decided at this point in time not to place them on a CPC or a Special Watch List, Brownback said. (PTI)