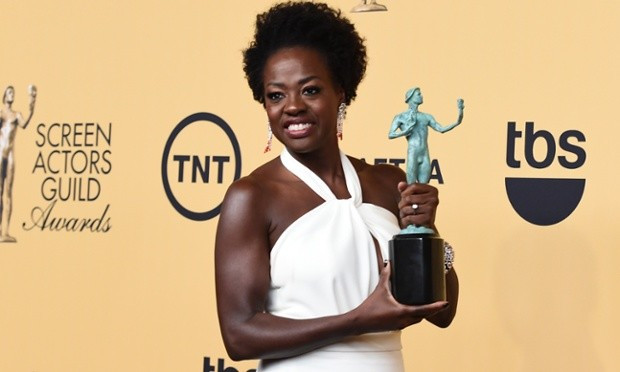 Oscar winner Viola Davis will be coming out with her memoir ‘Finding Me’ on August 19. Davis’ book will be released by HarperOne, an imprint of HarperCollins, according to The Hollywood Reporter.

The book will be published in partnership with Ebony Magazine Publishing.
In the memoir, Davis traces her rise from growing up in poverty and family violence in Rhode Island to becoming one of the world’s most critically-acclaimed actors in Hollywood.
“I believe that our stories, and the courage to share them, is the most powerful empathetic tool we have. This is my story … straight no chaser,” the 55-year-old actor said in a statement.
The actress started as a theatre artiste in the 1990s before venturing into movies with small appearances in films such as ‘Out of Sight’, ‘King Headley II’, ‘Solaris’ and ‘Syriana’.
She later found critical acclaim for her performances in 2008 movie ‘Doubt’ and 2011’s ‘The Help’.
Davis won an Oscar for her starring role in the 2016 film adaptation of August Wilson’s drama ‘Fences’, which was directed by co-star Denzel Washington.
(PTI)