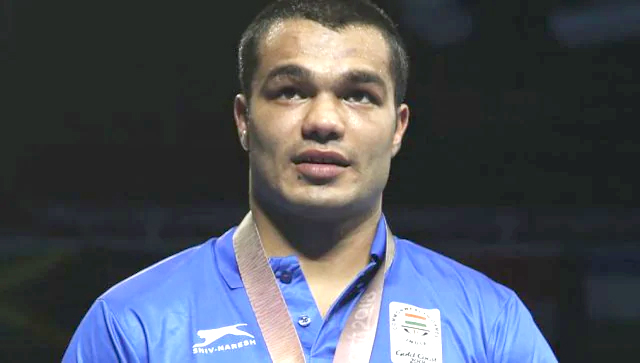 HYDERABAD, September 29: In a bid to achieve the cherished dream of winning an Olympic medal, boxer Vikas Krishan Yadav says he is focussing on professional boxing and adapting a new skill-set which will give him an edge over amateur boxers in the Tokyo Games next year.
“I am focusing on learning a new skill-set from professional boxing that will help me at the Olympics. Only four-five months ahead of the Olympics, I will return to amateur boxing and shape myself and play twothree tournaments to get in the groove,” Vikas, who competes in the 69kg category, told Indian paddler Mudit Dani on the latter’s online chat show ‘In The Sportlight’.
The Asian Games gold medallist is currently training in Virginia. The 28-year-old from Haryana rated his victory in front of a packed crowd at Madison Square Garden in the US last year as a memorable moment of his professional career so far.
The risk factor is high in professional boxing compared to amateur boxing. The World Champion boxer, who is known for his risk-taking, further spoke about how his family is still reluctant on him making a switch to professional boxing.
“My family didn’t want me to turn professional because you have to deal with many kinds of injuries. It’s a tough sport. Also, you have to stay away from home for a longer period during your matches,” he said.
Already having qualified for the 2021 Olympics along with eight other Indian boxers, Vikas is all set to fulfil his Olympic dream and set an example for the younger generation.
Vikas also lauded the support he has been receiving from the Boxing Federation of India (BFI), Sports Authority of India (SAI) and his sponsor JSW. (TNN)