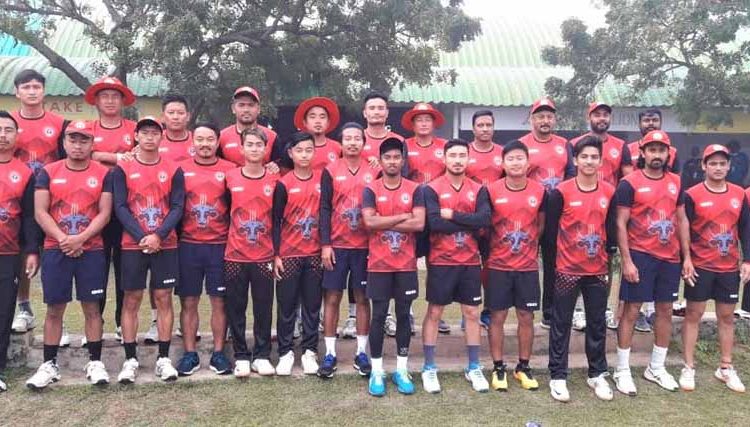 DIMAPUR, FEBRUARY 27: Nagaland won their penultimate game of this year’s Vijay Hazare Trophy (Plate Group) on Saturday by defeating Manipur in Chennai.
Put in to bat first after Manipur own the toss, Nagaland compiled 257 runs on the board for the loss of 9 wickets in 50 overs. Hem Bahadur Chetri struck an unbeaten 82 and SS Mundhe contributed 52.
Manipur’s chase lasted the full quota of 50 overs but fell short of the target of 258 runs by a margin of 17. Narsingh Yadav was the top-scorer with 62.
For Nagaland, Stuart Binny claimed 3 wickets.
Nagaland will play their last match against Arunachal Pradesh next on March 1.
(Page News Service)