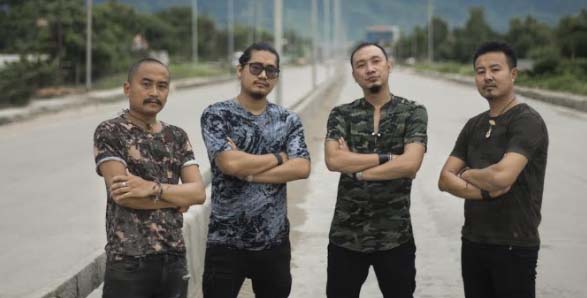 Dimapur based metal band VERSION2 will be releasing the official lyric video its debut single ‘Surety’ on their YouTube channel at 6 PM, on October 4.
VERSION2 is comprised of Pauloi Phom (vocals), Jabez Zeliang (guitars), Henok Phom (bass) and Yongtaumetmei Phom (drums). The band is an offshoot of two other bands namely Inyiushong and Echoes Hill.
Echoes Hill is a country music tribute band- a genre for both young and old, while Inyiushong plays various musical genres from folk to rock.
The audio of the song will be available on all major music streaming platforms soon