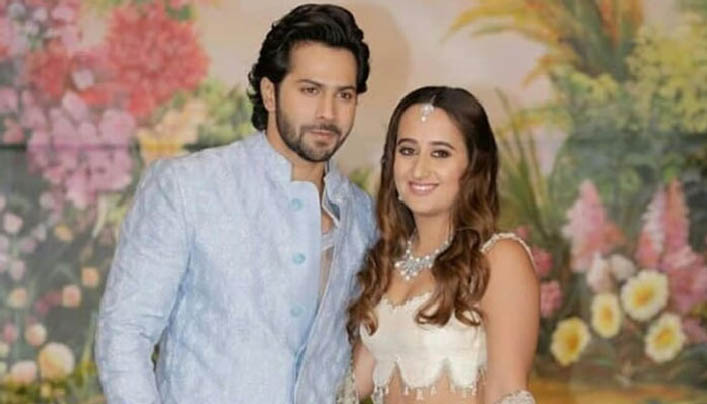 Bollywood actor Varun Dhawan and childhood girlfriend Natasha Dalal may be all set for a Goa wedding this December, reports suggest. A Pinkvilla report quoted a source as saying, “The Dhawans are planning a big wedding towards the year-end. Varun and Natasha and the families have decided on a December date for the big day. In all probability, it will be a destination marriage. As of now, they are looking at getting the entire contingent to Goa for a beach wedding.”
The wedding will be followed by a reception in Mumbai. “Only their closest buddies from the film fraternity will be invited for the Goan shaadi and the lovebirds plan to throw a lavish reception party back in Mumbai for everyone.”
Interestingly, Varun had earlier said that the wedding will not take place this year. Reacting to rumours of a marriage soon, he said, “It’s not going to happen this year. I’m not saying I won’t get married but it’s not this soon. If I’m doing all these movies, I need to find the right time for that.”
Varun has never shied away from his relationship and said on Koffee with Karan 6, “Where me and Natasha are concerned, I think, eventually, after we get married, we are together all that stuff, she has to, she has her own individuality. That’s why I’m with her because she has her own individuality, she has her own voice which is super strong with things she wants to do and things she wants to achieve in life. And, as her partner, that is something I want to support, you know. And, she has been so supportive where my career is concerned, always, from day one actually.”
Earlier this month, Natasha celebrated her birthday with Varun and the duo shared pictures on Instagram.
Confirming Varun’s marriage plans, his father David had said earlier this year, “His marriage will happen next year maybe. I am very happy with their relationship. What more does a father need?”
On the work front, Varun’s last release was the first flop of his career – Kalank. He is now all set to feature in his dad’s remake of his own film, Govinda-starrer Coolie No 1. The father-son duo has already delivered two super hits together — Main Tera Hero and Judwaa 2.