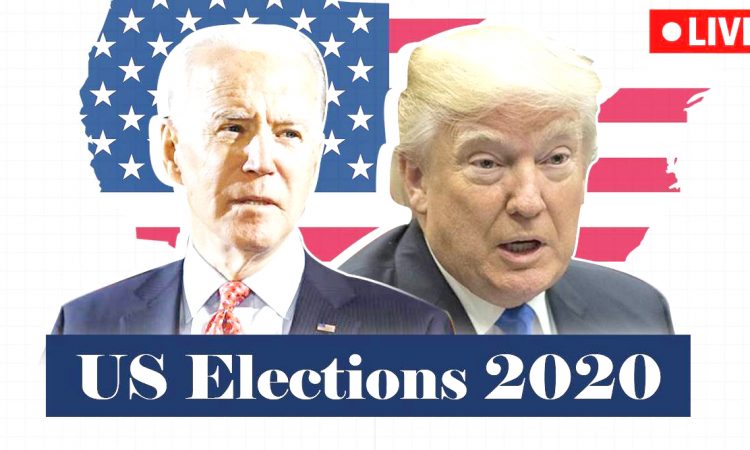 Washington, November 3: Americans were voting in large numbers on Tuesday in one of the most divisive bitter presidential elections in decades in which incumbent Republican Donald Trump is challenged by Democrat Joe Biden.
Amidst a resurgent COVID-19 pandemic, nearly 100 million people have already cast their ballots in early voting, putting the country on course for its highest turnout in a century. Some 239 million people are eligible to vote this year. The mail-in ballots could take days or weeks to be counted in some states – meaning a winner might not be declared in the hours after polls close on Tuesday.
The 77-year-old Biden, who served for 8 years as vice president to Barack Obama, leads Trump in national polls and in many of the battleground states that will decide the White House.
The former senator from Delaware, who is making his third bid for the presidency, began his day with a visit to the church in Wilmington, Delaware, where his son, Beau Biden, and first wife and daughter are buried.
Trump, 74, who is seeking to become the first US president to win reelection after being impeached, dismissed the polls showing him trailing Biden.
“I think we have a very solid chance of winning,” he said Tuesday morning on “Fox and Friends.” “We think we’re doing very well everywhere. The crowds have been incredible.”
“Our country can never be the same country if they win,” Trump said, adding that America would become a “socialist” nation.
At the same time, Trump has cast doubt on the integrity of the election and threatened legal challenges, claiming the only way he can lose is if the results are “rigged.”
Polls will open and close across the US at different times Tuesday, anywhere after 6 am and before 9 pm local time. India is between 10½ and 13½ hours ahead, depending on where in the US one is looking. However, over 100 million people have already casted their votes, according to a tally by the US Elections Project at the University of Florida. Due to this, counting of votes could take longer as some states won’t start opening ballots until polling day.
In the past, the election results have seldom been declared on Election Night. (Agencies)