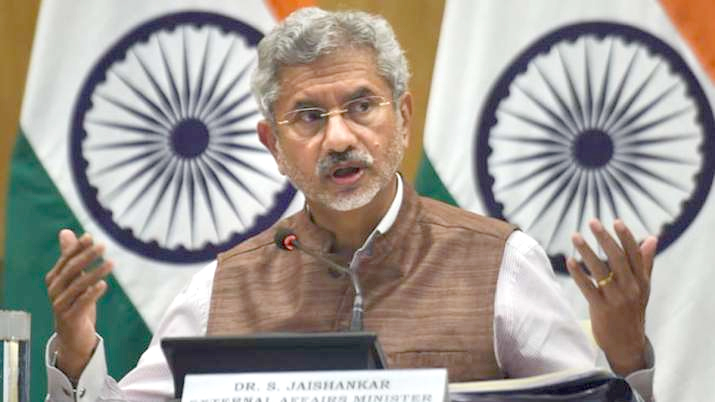 Washington, May 29: There is a recognition in the US that India is an important part of the conversation when it comes to talk about the future of Afghanistan, External Affairs Minister S Jaishankar has said.
Jaishankar, who is in the US on an official visit, said the situation in Afghanistan, from where the US is in the process of withdrawing its troops, was discussed during his meetings with Defence Secretary Lloyd Austin, Secretary of State Antony Blinken and National Security Advisor (NSA) Jake Sullivan.

“In my meetings with the Secretary of Defence and the Secretary of State, the Afghanistan issue obviously came up because it is a very important concern,” Jaishankar said.
“The possible scenarios, once the US military draws down is obviously something which matters to us, it matters very much to Afghanistan, it matters to the United States, and it has a larger regional resonance,” Jaishankar said.
US President Joe Biden in April announced that all American troops would be withdrawn from Afghanistan by September 11 this year, thus bringing to end the country’s longest war, spanning two decades.
In an interaction with a group of Indian reporters in Washington, Mr Jaishankar said that Afghanistan came up in all of these meetings.
“I don’t think it was so much an issue of what is India’s role? I mean, India has an interest, India has influence, India has stakes, India has a history out there. We are a regional country. We are bordering Afghanistan,” he said.
“So, there is a recognition, clearly in the United States as indeed in many other countries, that when you talk about the future of Afghanistan, India, is an important part of that conversation,” Mr Jaishankar said.
“There were discussions on what could happen, what should happen, what should not happen,” he said in response to a question.
Earlier, Acting Assistant Secretary of State for South and Central Asia Dean Thompson told reporters that both India and the US have long shared the view that a peaceful, stable Afghanistan is in their mutual interest.
“We need to continue working together and with the region to press for a political settlement to end the conflict there,” he said.

“With respect to the question about Afghanistan, certainly providing an update on what’s happening in Afghanistan the two ministers talked about where things are headed on that front,” Thompson said.
India has invested billions of dollars in stabilising Afghanistan’s economically, in reconstruction and relief work since 2001 when US-led troops drove the Taliban out of Kabul. (PTI)

Daily COVID-19 count in India remains below one lakh mark