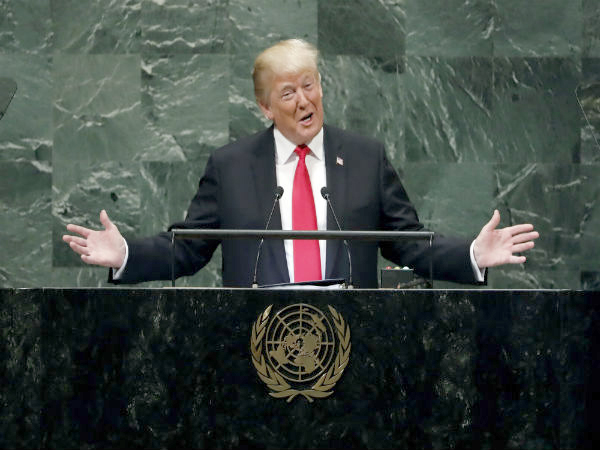 WASHINGTON, NOVEMBER 5: The Trump administration’s tough new sanctions on Iran took effect on Monday but eight major importers of Iranian oil were spared from immediate penalties.
The sanctions target Iran’s energy, financial and shipping sectors and are aimed at crippling the country’s economy following President Donald Trump’s withdrawal from the 2015 nuclear deal. The measures restore all the U.S. sanctions that had been lifted under the accord that gave Iran billions of dollars in sanctions relief in exchange for curbs on its nuclear programme.
The sanctions freeze any assets that those targeted have in US jurisdictions and bar Americans from doing business with them. They will also affect non-Iranian companies that deal with sanctioned Iranian firms and officials.
The reimposition of U.S. sanctions on Iran, Pompeo asserted are “the toughest ever” on Tehran. (More reports on Page 9) (Agencies)