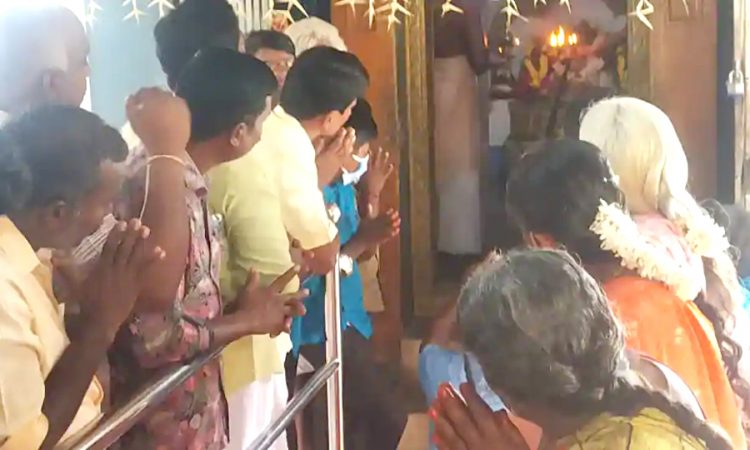 New Delhi, November 3: As elections kicked off in the United States on Tuesday, people of the ancestral village of Kamala Harris’ maternal grandfather organised prayers for her party’s victory. Free idli and sambhar were also distributed to all devotees.
“We want her to win the polls, we are praying for her,” a local told news agency ANI.
Posters were also put in the village, wishing her luck ahead of the elections.
Former vice president Joe Biden’s Democratic Party is going up against incumbent President Donald Trump’s Republican Party in the polls. Kamala Harris is the vice-presidential candidate for the Democratic Party while Mike Pence is the running mate of Trump.
“From Thulasenthirapuram to America. US vice president candidate contestant from the native origin of Thulasenthirapuram Kamala Harris, we wish her great success,” read the posters in Tamil.
Kamala Haris’ mother Shyamala Gopalan, a leading cancer researcher who moved to the US for studying, was an Indian and her father was a Jamaican. Shyamala’s father, PV Gopalan, was a high-ranking civil servant. He was born in Thulasenthirapuram, 320 km south of the city of Chennai.
To win the elections, either Trump or Biden must acquire over 50% of the electoral college vote, which is 538 in total. Senator Harris, if elected, would be the first woman vice president of the US. (HT with ANI inputs)