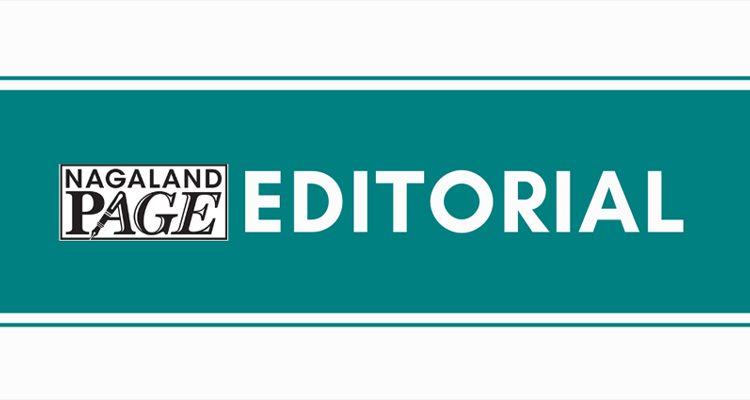 Not many years back we had ample spaces all around Kohima where children would play, and elders would also relax. In our localities there were spaces for people to gather and have some lighter moments. Kohima city, as well as Dimapur, was dotted with such spaces. We would have never thought of a time when such spaces would disappear, and disappear almost totally. We were not even mindful of the function these spaces had in our collective life. They acted as breathing mechanism for us as a collective organism. But now we have hardly any left around us. Some odd grounds and parks in the vicinity of our towns are nowhere close to meeting the demands of an ever increasing population. Add to it the mobility of people from surrounding areas into the city and other major towns of the state, indeed most cities/towns, particularly Kohima and Dimapur, have turned into congested, ill-planned and dysfunctional cities/towns. Take Kohima for instance, the capital city of the state, which is being developed as a Smart City. It has deteriorated to an extent that people believe given the pace of deterioration it might not be a livable place soon. The issues faced by Kohima, perhaps one of the fastest growing cities, can be traced to both a collective political failure when it comes to urban development as well as a prolonged system of corruption. It appears the urban development department as well as the civic body have shut their eyes and presumed that Kohima has stopped growing for decades now, and with the cessation of growth, its infrastructural needs have stopped growing too. Painted pavements seem to be the priorities in a city that is under-served when it comes to both commercial and residential spaces. Today it is clear that a significant part of the city is morphing into a large slum with narrow, congested roads and a hotchpotch blend of old and new, residential and commercial construction. As pontificators, who have in their minds stigmatized progress, sit in their living rooms and lament about the state of this city in this context, they fail to account for two things – the realities and needs of a growing city and the failure of successive governments in charting out a policy that provides for commercial zones in the city. Why have we neglected development in a city that is in such a dire need to usher itself into prosperity? What about a non-existent waste management system, a defunct and chaotic garbage collection system? What about our stinking lanes and overflowing drains? In fact what has contributed to public skepticism is the functioning of government departments, and of the executing agencies, given the level of corruption and inefficacy. With regards to the pattern of development that had been followed in the city for decades, commentators would often emphasize the present dismal condition of roads, pavements, markets, water supply, housing pattern, and public services. Clearly the task at hand for the administration is that they should first restore some sort of grace to this city by improving its systems, services, and infrastructure. The condition right now is very bad to put it very mildly. Coming back to the lack of space, it can be said that Kohima city resembles a case of urban sprawl – haphazard, chaotic, and suffocating. Our children have no grounds to play, hence outdoor sports is dying in its popular appeal. Our elders have no space to meet their neighbours and enjoy some relaxing moments, hence a reason to feel mentally stressed. As stated, one of the main reasons for this is the unplanned and unregulated growth of residential areas. We have mansions to live in, but not a small park around to go for a morning jog, or an evening walk. This is tragic. For the governments we had in past, and the current administration, this is a live question. Someone needs to answer the question and fix responsibility in this case. More than that, the current administration needs to map the urban landscape and try to reclaim some spaces that are yet to disappear. That is the only way we can make our city, and the towns, breathe some fresh air.