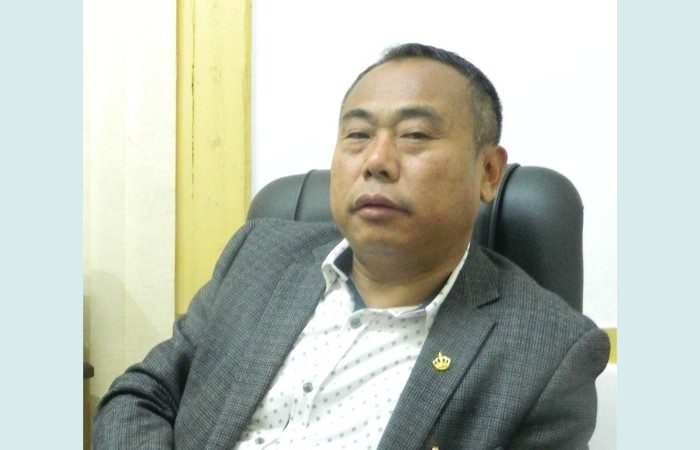 Kohima, January 24: Nagaland Minister for Planning & Coordination and Parliamentary Affairs, today stressed on the need for citizens to uphold fundamental duties while fighting for their rights.
He was speaking as the special guest at an awareness seminar on “Constitution and fundamental duties” organized by Department of Parliamentary Affairs, Government of Nagaland here on Friday.
“We always talk about our rights which are enshrined in the constitution such as justice, equality, freedom of expression and also want our rights to be fulfilled but it would not be appropriate if we only talk about our rights,” said Kronu.
The Minister said that as enshrined under Part IV A of Article 51 A of the Constitution, while talking of our rights we as citizens also have to perform our duties. He said that citizens need to have good civic sense to uphold fundamental duties.
Stressing specially on clause (a) of Article 51 A of the Constitution, the Minister said we should abide by the Constitution and respect its ideals and institutions, the National Flag and the National Anthem. He also said it very important to value and preserve the rich heritage of our composite culture.
Expounding on clause (i) to safeguard public property and to abjure violence, the Minister emphasized on the need of civic sense to protect public property.
He said that as per the Constitution it is the fundamental duty of every citizen to proect and improve the natural environment including forests, lakes, rivers and wild life, and to have compassion for living creatures.
He also encouraged the young college students to uphold the fundamental duties to strive towards excellence in all sphere of individual and collective activity so that the nation constantly rises to higher levels of endeavour and achievement.
Delivering the keynote address, Secretary (Judicial) Law and Justice Department, Nino Iralu said Nagaland in line with the rest of the States launched a yearlong campaign on Fundamental Duties of the citizen on November 26, 2019 which will culminate on November 26, 2020.
The vision, she said, is to reaffirm our commitment to the fundamental duties enshrined in the Constitution.
It is felt that all citizens can play a positive and effective role in fulfilling our duties towards our fellow citizens and to our country, she said.
Speaking on fundamental duties, resource person T B Jamir, Senior Additional Advocate General, Gauhati High Court Kohima Bench, called upon all to fulfill the constitutional duties in order to uphold and strengthen our democracy.
On the occasion, Commissioner and Secretary for Parliamentary Affairs, Motsuthung Lotha administered pledge to the participants on the fundamental duties. (Page News Service)